For Better Or Worse is a not-so-subtle situation comedy that follows the zany and sometimes tumultuous relationship of the lovesick couple. Tasha Smith and Michael Jai White are back to reprise their roles in the half-hour show. Michael plays Marcus, an ex football player turned sports commentator who owns his own sports talk show. Tasha Smith also resumes her role as Angela, the edgy and outspoken wife of Marcus who is dedicated to her husband, children, and marriage. The show also follows the lives of those who Marcus and Angela call their friends. There is Joseph, Marcus’ best friend and business partner. Joseph is left devastated by his breakup with long-time girlfriend, Leslie. Tired of waiting for a proposal from Joseph, Leslie has moved on to bigger and better things while staying focused on her career and her undying friendship with Angela. Keisha, Marcus’ ex- continues to cause a world of trouble for the group of friends and colleagues. And Jennifer and Todd are still as crazy as ever.

For Better Or Worse is ground breaking television, and is one of the biggest TV shows movie mogul Tyler Perry has ever produced. The sets, high fashion, and the strikingly good looking cast come together to create a truly sexy and provocative half-hour of television. Viewers will experience a fresh approach to the traditional sit-com format that will provide all the elements of well-crafted storytelling and the raw intrigue of reality TV. For Better Or Worse explores the controversial and joyous moments associated with marriage and dating in a 21st Century world. And like always, viewers will leave with life changing messages that have become a trademark of the Perry brand of entertainment. Don’t miss the next Tyler Perry hit… For Better Or Worse. 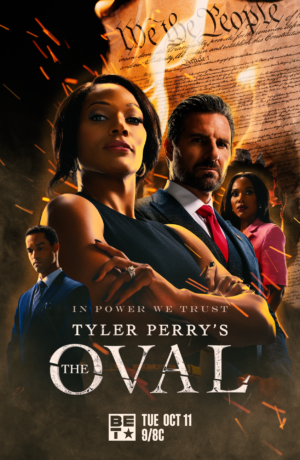