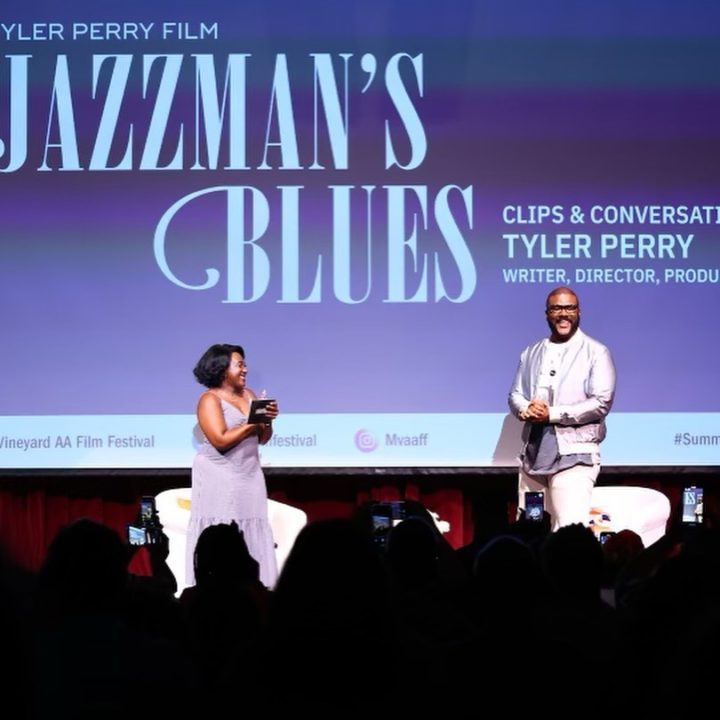 Sharing exclusive clips and insights with moderator ​​Angelique Jackson from Variety, Tyler Perry revealed never before seen moments from his upcoming film A Jazzman’s Blues at the Martha’s Vineyard African-American Film Festival this past weekend. Giving audiences a taste of what’s to come, alongside a deep dive into his inspirations and the production process, the anticipation for this uniquely personal film is building rapidly.

“Jazz was very much the soundtrack of my life,” Perry explained in an interview with Valerie Complex for Deadline, outlining how his childhood inspirations came to shape the upcoming Netflix feature. Growing up in Louisiana, Tyler has always had a connection to jazz music and the stories of love, anger, and frustration it has carried for generations. Transposing the sounds of his upbringing into a cinematic experience centering on the drama of young love, the film has been garnering attention not only for its bold departure from Perry’s signature style, but for the profound and moving story it shares.

Reporting from The Color of Conversations discussion at the Martha’s Vineyard African-American Film Festival, Shadow and Act spoke with Perry about the film which has held a special significance as the first screenplay the filmmaker wrote in the 90s. “The landscape never agreed to it,” Tyler noted on the film’s fruition being met almost 30 years after its inception, “I wrote it in 1995 and waited for the right time to do it. I never figured out when was the right time because I was building the brand and doing the things that I knew my audience wanted. My focus was always making sure we had a hit. Because, as a Black person, it could change your whole career if you have a flop. But watching what’s happening now, many people in politics want to rewrite Black people’s history, marginalize it, change it, and water it down. I thought, ‘Here’s the time to tell the story.’”

The film, starring Joshua Boone and Solea Pfeiffer as star-crossed lovers Bayou and Leanne, will premiere on Netflix on September 23, 2022 and have its world premiere at the Toronto International Film Festival from September 8 – 18, 2022.