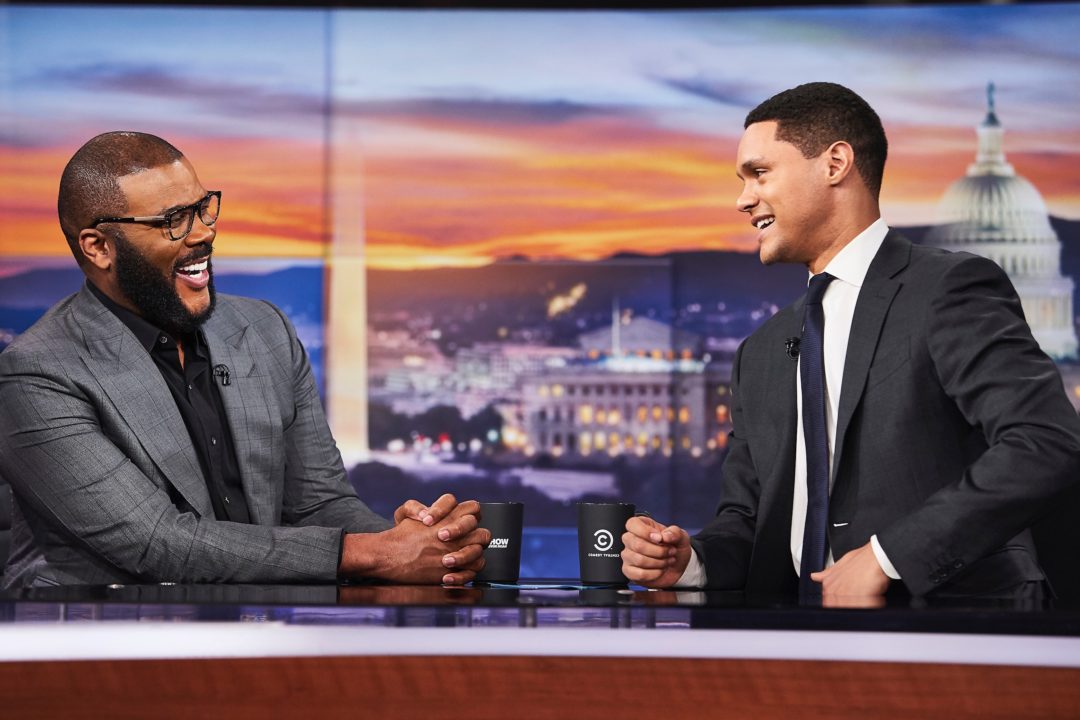 In the day leading up to the New York City premiere of Acrimony, both Tyler Perry and Taraji P. Henson continued to make the TV rounds in support of the film.

Both the star of the film and the mind behind it appeared on The View, where they discussed Tyler’s role in creating diversity in Hollywood, the intensity of Acrimony, and, of course, a retelling of the bidding war with Blue Ivy.

Next, Tyler stopped in to chat with Trever Noah on The Daily Show. He talked about growing his brand, his passion for the business side of the industry, and drawing inspiration from his friendships. They also made time to discuss the growth of Tyler Perry Studios, which is the first fully African American-owned movie studio in America.

Monday’s appearances follow a week of exciting interviews for Tyler Perry, including appearances on Late Night with Seth Meyers, The Today Show, The Tonight Show with Jimmy Fallon, and Jimmy Kimmel Live.