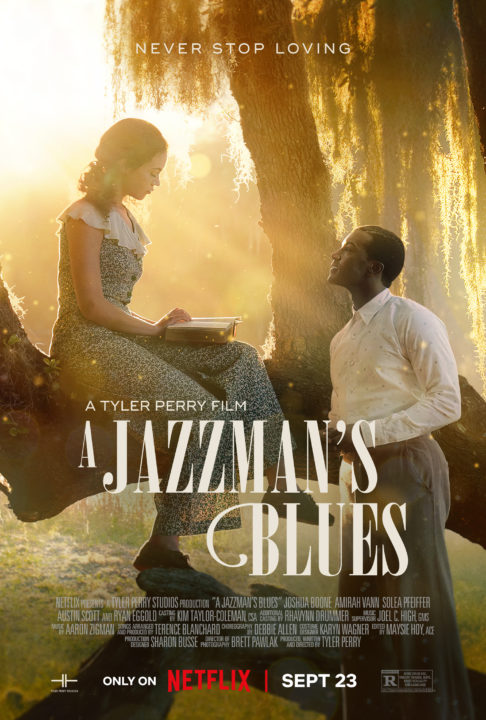 Just shy of a month away from its premiere, streaming and production partner Netflix has released the first official trailer for Tyler Perry’s upcoming drama A Jazzman’s Blues.

“Written, directed and produced by Perry, the period drama tells the tale of forbidden love,” writes Angelique Jackson for Variety. “The dramatic scenes that follow show the trials and tribulations that test the couple’s love as their families and other outside forces try to force them apart. In spite of the odds stacked against them — and as the trailer teases — ‘true love will guide you home.’”

The highly anticipated film will have its world premiere at the Toronto International Film Festival on September 11th, 2022 and will be released September 23rd, 2022 on Netflix.