Watch the first trailer for the Tyler Perry film Acrimony

Even with the box office success of BOO2! still fresh in the air, the wheels of production and the creative mind at the center of it all are always turning at TPS.

The new trailer for Tyler Perry’s next feature, Acrimony, is out and if BOO2! is a fun romp around classic horror-film paradigms, then Acrimony looks to deliver a chilling edge-of-your-seat thriller. Centering around Oscar nominee Taraji P. Henson’s character of a betrayed wife, the film is told in a series of flashbacks as Henson recounts the story of how she met with her husband (Lyriq Bent), their 19 year marriage, and her recent discovery that he has been living a double life.

“Hell hath no fury…” as the old saying goes, and Henson has made a career of playing strong women that you’d be better off not crossing. The smokey noir quality of the trailer even crosses over to the vintage feel in the key art for the film. 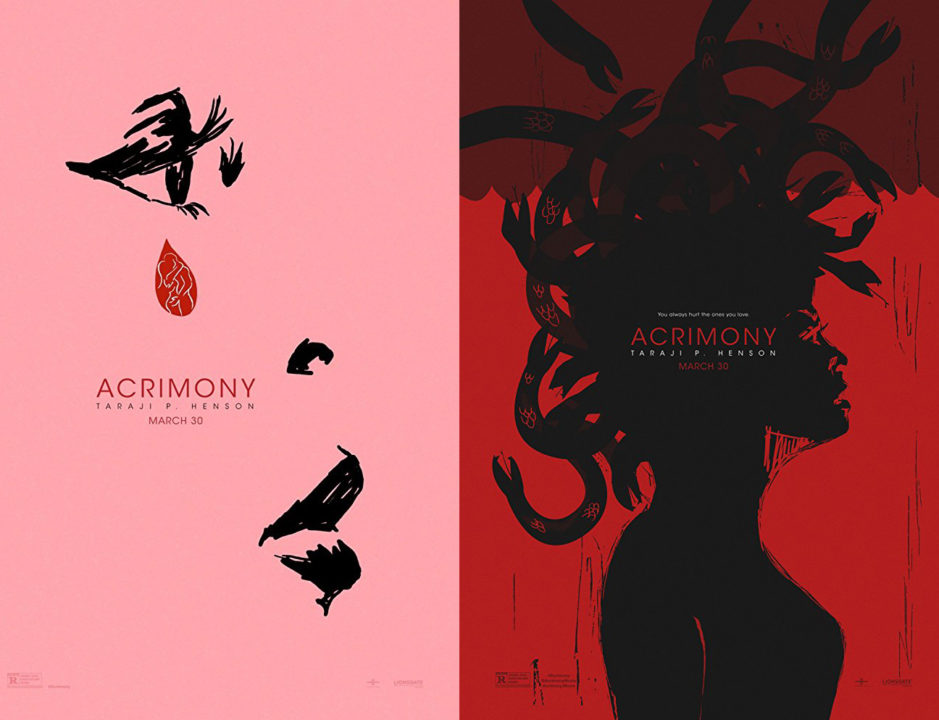 Acrimony will mark the third collaboration between Henson and Perry. She had previously starred in The Family That Preys and I Can Do Bad all by Myself

Acrimony premieres on March 30th, 2018 under the Lionsgate banner.