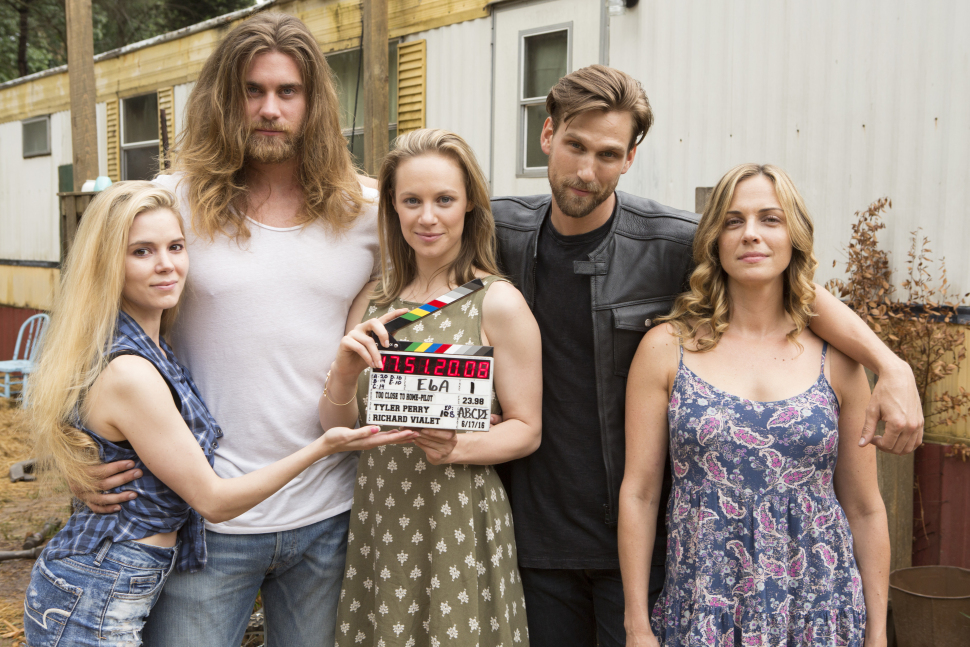 Tyler Perry wrote, directed, executive produced, and created TLC’s first ever scripted series, which was just recently ordered into a second season by the network.

Centering around a young woman, Anna, played by Danielle Savre who is having an affair with the president, Too Close To Home takes Anna from the high and mighty world of the White House to her working class hometown which is where she retreats when the scandal is exposed. The show costars Brock O’Hurn, Kelly Sullivan, Brad Benedict, and Brooke Anne Smith, and features guest appearances from Heather Locklear and Matt Battaglia.

Premiering this past August, the show set records for TLC, drawing in 4.2 million viewers across the network at OWN for its premiere, and prompting a swift order for a second season which will premiere in 2017.

The setting for the series is in the fictional town of Happy, Alabama, recreated with great skill at Tyler Perry Studios.

Watch Too Close To Home on Mondays at 9PM on TLC.