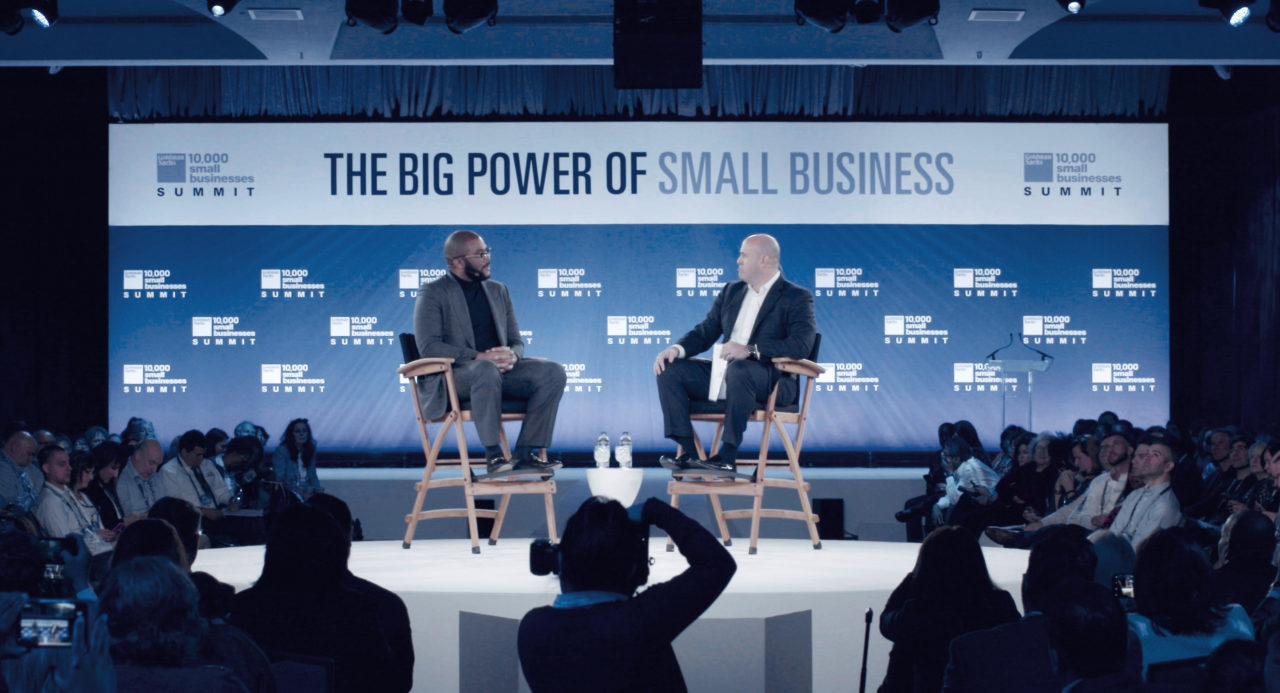 Tyler Perry took time from a hectic schedule to stop by the annual Goldman Sachs 10,000 Small Businesses Summit on Tuesday in the nation’s capital. The initiative from Goldman Sachs functions as a year-round educational and support-based program that has helped over 6,700 graduates realize dreams both big and small in growing and developing small businesses. Perry sat down with Goldman Sachs President and co-CFO Harvey Schwartz in front of an audience of over 2,000 attendees to chat about the pitfalls he has encountered in building his business and what it means to be a leader.

From partnering with Babson College in helping program participants acquire the tools they need to be successful entrepreneurs, to hearing directly from leaders in a multitude of industries like the panel they assembled this week in D.C., the 10,000 Small Businesses program has been an example of what investing in small businesses can mean for communities across the country.

Perry was in good company this year with the likes of Richard Branson, Lisa Price, Micheal Bloomberg, and Warren Buffet—to name a few—and had a chance to reflect on his rags-to-riches story in an interview at the summit with Bloomberg Daybreak Americas co-host, David Westin. Perry, who now manages a billion dollar studio and oversees a content funnel that is hard to imagine from a production standpoint, fondly remembers the early days when his sister handled the accounting receipts and he happily sold DVD’s of his staged productions out of the trunk of his car. When asked how he got from those days to where he is now, he says he learned from his mistakes and is blessed to have had strong leaders around him that were willing to give him the chance to “do it my way.”

See the full interview below and for more information on the program click here.