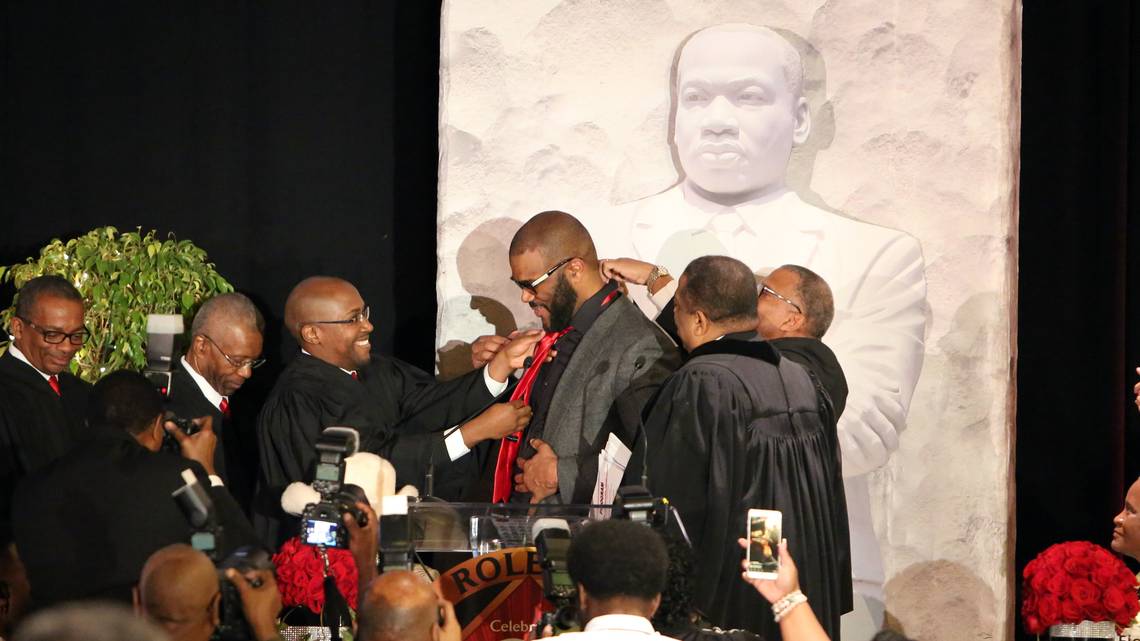 As Tyler Perry stood onstage to give his keynote address at the 5000 Role Models of Excellence Project’s annual Martin Luther King, Jr. Unity Scholarship Breakfast, he couldn’t help but think of his son.

The 5000 Role Models of Excellence Project is a program founded by South Florida Congresswoman Frederica Wilson, that provides mentorship and support to at-risk young men, and as this year’s class of 58 Wilson scholars looked up at the multi-hyphenate director-writer-producer-actor, Perry had quite a message to deliver—particularly with his own tales of fatherhood. 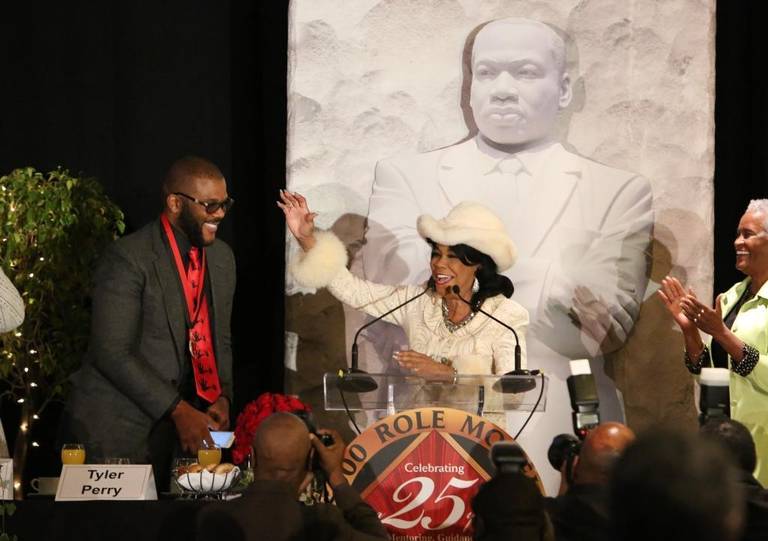 “Every time I see a young black man I think of my son,” he told the hundreds of people gathered at the breakfast “He’s 3. He’s the love of my life.”

Perry took his audience back to a recent moment he shared with his son while walking on the beach. He spoke about how his son was walking slightly behind him, and he heard some jumping. When he turned, his son proclaimed that he was following in his Dad’s footsteps. In reply, Perry told him that instead of aiming to meet his father’s stride, he should hold his hand and walk right beside him. As they neared the end of their walk, Perry turned around and pointed to the sand.

“Look at your footprints,” he told his son. “You left your own path.”

Perry didn’t stop with an emotional speech—he felt so inspired and touched, he gave a donation to the 5000 Role Models of Excellence Project. “I looked at your faces coming down the aisle and I got emotional,” he said. “When I saw your faces I thought, I gotta get in on this.”

All in all, it was a morning full of hope, promise, and inspiration. View the full speech below.