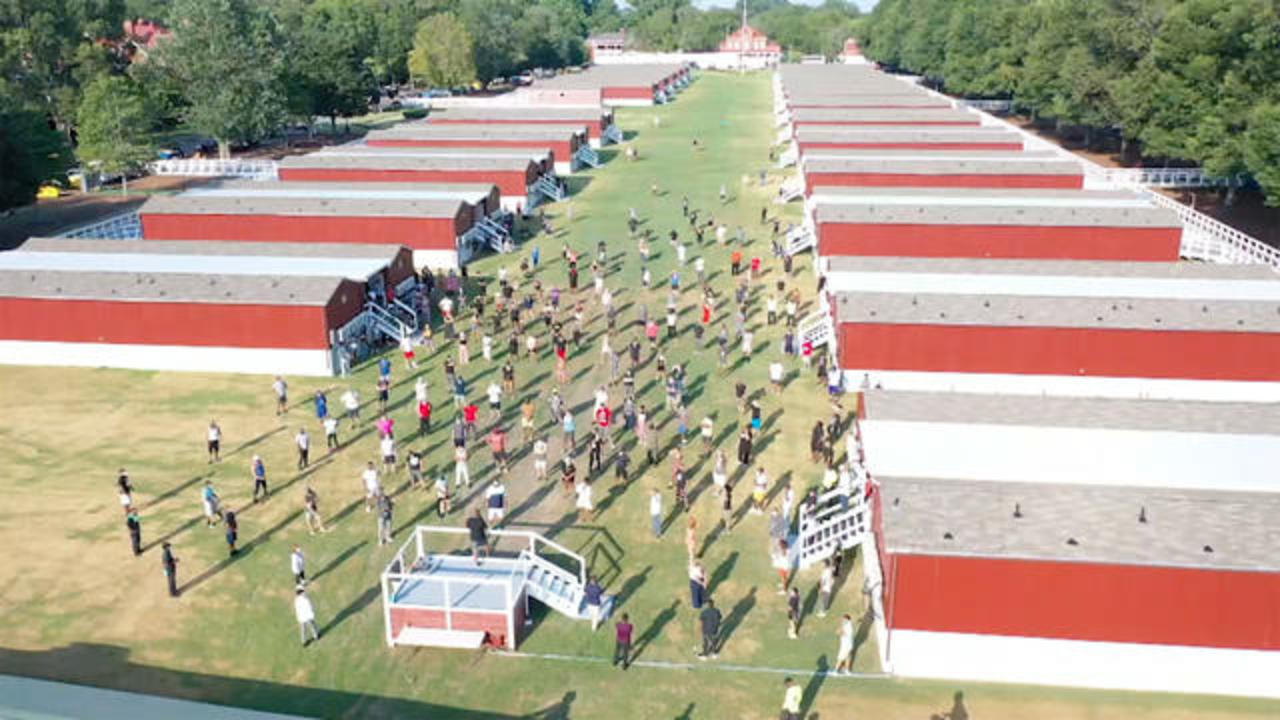 Tyler Perry took some time this week to talk about what has become a new and revolutionary production infrastructure. One that he has put in place successfully at his Atlanta Studio to film the second season of his BET series, Sistas. 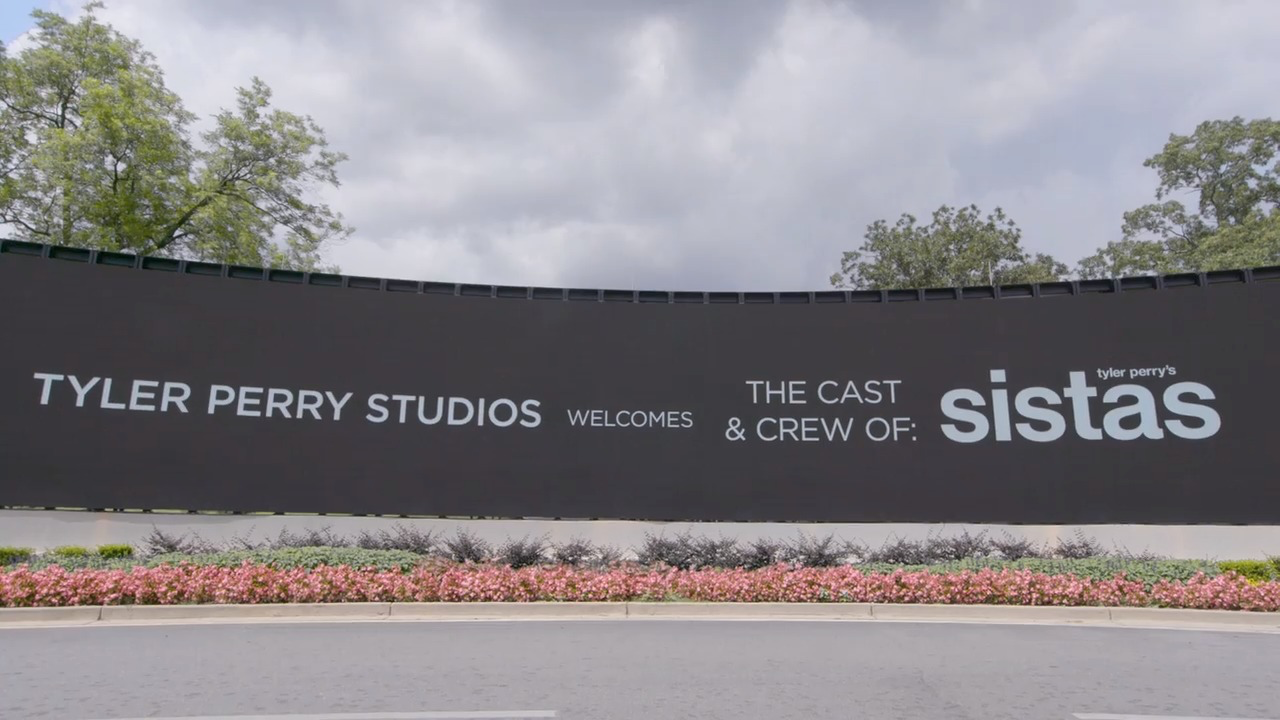 It was no small feat, with all the additional safety protocols that needed to be put in place. From private air travel for cast and crew to building what Perry referred to as “luxury mobile hotel rooms.” 315 in total! Add to that a mountain of PPE gear, doubling the size of housekeeping, and having two full-time COVID compliance officers that enforced safety protocols overseen by Emory University’s Dr. Carlos Del Rio, Dr. Sanjay Gupta, and Dr. Colleen Kraft.

Perry and his team went to great lengths to do everything possible to create the safest work environment, and that included dressing the part. “For me, once I got the actors comfortable seeing me looking like a man from outer space, it was fine. But you’ve got to remember that I direct in a wig and a dress sometimes so that wasn’t as odd for me.” 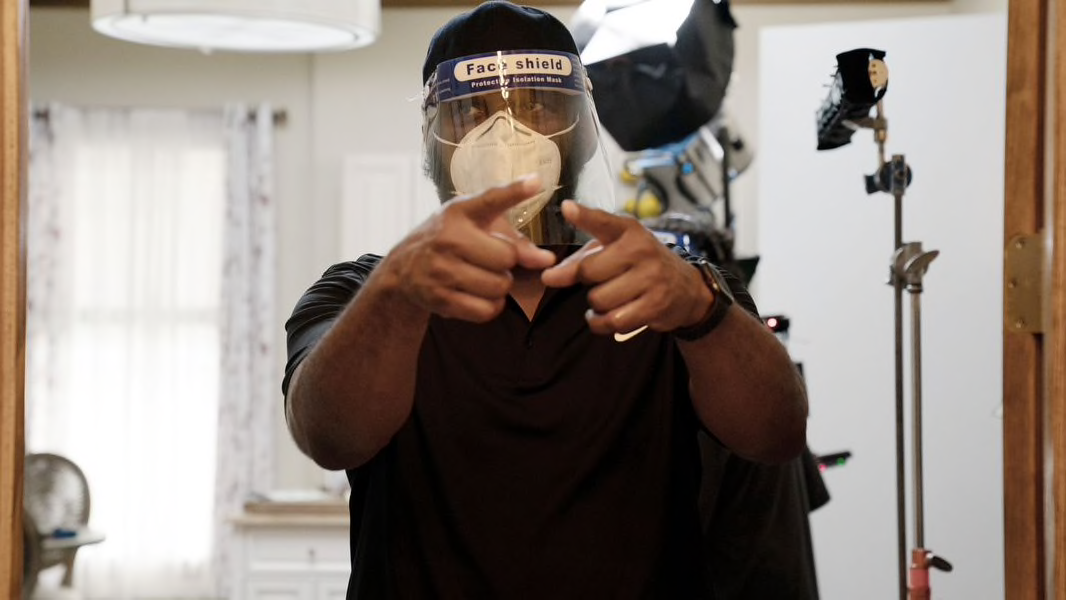 “I made sure that the cast and crew and everybody wore their masks when they weren’t on set because I do know for a fact that masks help stop the spread — scientifically, I know that,” Perry said when speaking to Variety. “And everybody adhered to that, even though we were all testing negative.

In fact, during production of all 22 episodes of Sistas, cast and crew would dawn a mask between 12-14 hours a day!

When it comes to why he took on what may become one of the biggest challenges the film industry has ever faced, Perry told THR the reason was simple. “Clearly looking at my people, some of whom are former prisoners, some of whom have bought houses and cars and have kids in college. They were so proud walking up to me telling me how they’ve been able to change their lives and how their lives are better from working here. It’s easy for me — I’ve been fortunate enough to be in a position that I could have sat this thing out until there’s a vaccine next year or whenever. But thinking about them and their lives and what it takes for them to maintain their lives, I had to come up with the plan.”

Perry Spoke with Gayle King at CBS This Morning about the monumental effort in restarting production in the midst of the pandemic and why he felt it so important.

Below is a little peek behind the scenes of what life is like at Tyler Perry Studios during production.

Perry’s Variety interview ended with his thoughts about what truly makes a difference when navigating an industry like Hollywood or acting to exact real change out of the movement we find ourselves in.

“I come from a people who had to find a way — make your own way, own your own way, build your business, build your studio. That’s my mentality, so rather than asking Hollywood what they can do, I want to see more people like me, just come in and own, and take a sledgehammer to anything that is unjust,” he explained. “Ownership is what really changes things long term, because what happens is, when there’s a movement, people get excited and they’re with it. But when it fades, things tend to go back to where they were. If there are more people in ownership and more people in power and more people rising through the ranks in Hollywood, I think that is the change that is really needed to make a long-term difference.”

Now that Sistas has completed shooting season 2 it’s on to The Oval, Ruthless, and Bruh in succession. Read more from Perry’s Variety interview here.