Tyler Perry sits with Bale, Adams, and McKay for Q&A after “VICE” screening 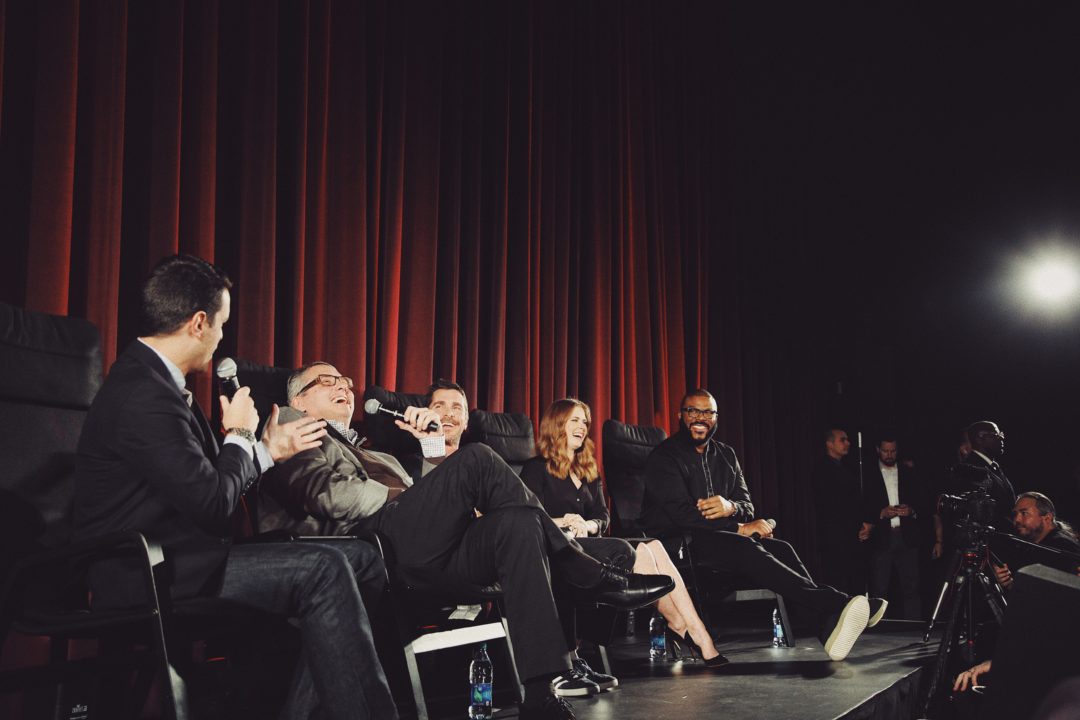 It’s Thanksgiving this week, bringing with it family, food, friends, and of course…film. The holiday season creates a timed-released march of box office darlings and award season heavyweights to silver screens from coast to coast. In a carefully choreographed dance that culminates in the coveted Christmas Day opening, film distributors strategize and struggle to get their films into theaters before the deadline for Oscar consideration closes.

A star-studded ensemble biopic has been a safe bet for Hollywood’s most desirable premiere season in years past and it’s been a while since one has been more highly anticipated than Adam McKay’s VICE. The dark comedy depicting Dick Cheney’s rise to becoming the most powerful Vice-President in US history stars Christian Bale as the former VP, Amy Adams as his wife, Lynne Cheney, Steve Carell as Donald Rumsfeld, Sam Rockwell as George W. Bush, and Tyler Perry as General Colin Powell—starring in a role that Deadline called, “small but significant.” The last time Bale and McKay joined forces was in the 2015 film The Big Short, which won McKay an Oscar for writing and brought in several nominations including an acting nod for Bale. With a powerhouse of a cast and pedigree as impressive as McKay’s, it’s certainly no surprise that VICE is an early front-runner in this year’s Oscar chatter.

The cast joined director McKay at the famed Bruin Theater in Westwood, Los Angeles this past weekend for an early screening along with a post-film Q&A moderated by Dave Karger.

Read what Deadline had to say about the screening here and stay tuned for updates as Christmas Day approaches.