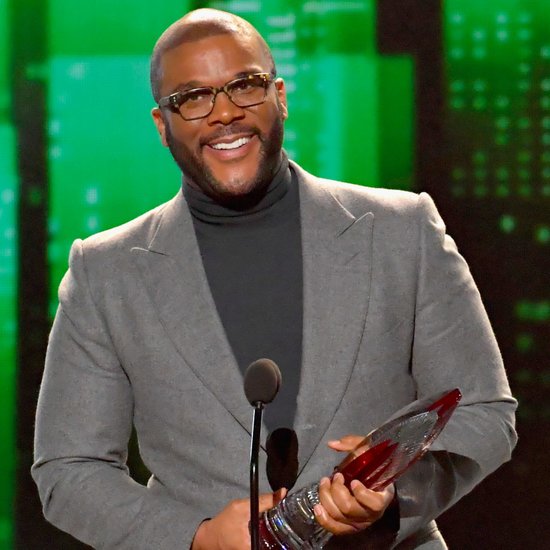 Tyler Perry stood to a well-deserved standing ovation at the Microsoft Theatre in Los Angeles last night, as he received the People’s Choice Humanitarian Award. “This year, Perry was chosen in recognition of his efforts to change lives all over the world for the better,” organizers said in a statement.

Tyler Perry and his foundation have donated millions of dollars to organizations such as Feeding America, the NAACP, and Charity Water to help eradicate homelessness, support civil rights causes, and aid survivors of devastating natural disasters such as the earthquake in Haiti and Hurricane Katrina. In sponsorship of the award, Enterprise Rent-A-Car pledged a donation of $100,000 to Perry’s charity of choice, the non-partisan Global Medical Relief Fund for Children.Their mission is to aid children who are missing, severely burned, or have lost use of their limbs or eyes due to war, natural disaster, or illness, and since its founding in 1997, they have helped more than 150 children gain access to treatment, surgeries, prosthetic limbs, and eye fittings.

“What I have found and what has been so important to me right now is that as I look at the state of the world and the state of our country and everything that is going on, it is so important that we know that no matter how dark it gets, we all have to be light for each other,” Perry said when accepting the award. “You turn on your phone, you turn on your television, you are met with darkness, negativity, death, destruction, terrorism, murder, hate, racism. You don’t even need to search for it because it’s searching for you. It can find you. It’s right there beside you. It’s in your pocket. And you have to be careful of that when you have things that close to your pocket that they don’t seep into your heart.”

Perry continued, “If you keep taking it in, it can consume you. It can make you become cynical and jaded and remove you from all the struggles of our brothers and sisters and look at it and think, ‘Well, you know, it’s just another person going through.’ But what is so important that we all understand is that no matter what everybody’s going through, or anybody’s going through, we’re all going through it together.”

“His message of kindness and looking out for one another, especially in dark times, is sure to be one that we should all bring with us as we go further along in 2017. It was a great speech, iconic for an awards show, and worthy of consideration for keeping close by when times inevitably get tough in the coming year. Well said, Perry. Well said.”

Read more about The Perry Foundation and The Global Medical Relief Fund.