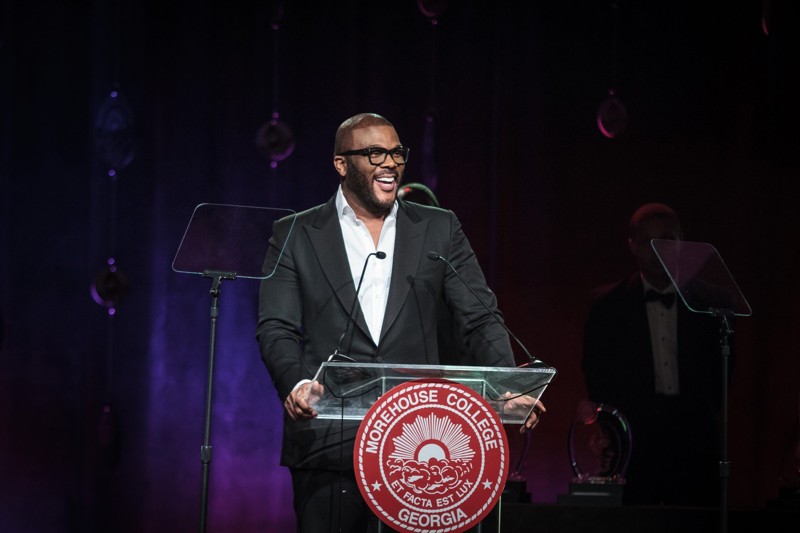 On February 18th, Morehouse College honored Tyler Perry at its Founder’s Week “A Candle in the Dark” Gala.

The event highlights the esteemed College’s tradition of producing leaders, showcases the skills of students, and pays tribute to nationally-acclaimed African Americans who serve as pioneers and leaders in their respective fields. Along with raising money for the college’s scholarship fund, honorees are generally presented with a “Bennie” or a “Candle” award. This year, Tyler Perry received a Candle award for his contributions to film, TV, and stage, along with his prolific philanthropic work.

Candle recipients are not necessarily Morehouse graduates, but by virtue of their life and work can inspire others to make a similar or even greater contribution in a particular field.

“There weren’t male role models,” Tyler Perry said of his childhood in New Orleans at the gala. He spoke of participating in a program for his friend Oprah Winfrey that featured the young men she had helped attend Morehouse. Perry said that the “black men, standing upright, professionals, speaking well” profoundly affected him. “I wish they were showing more images of what’s going on at Morehouse,” said Perry. 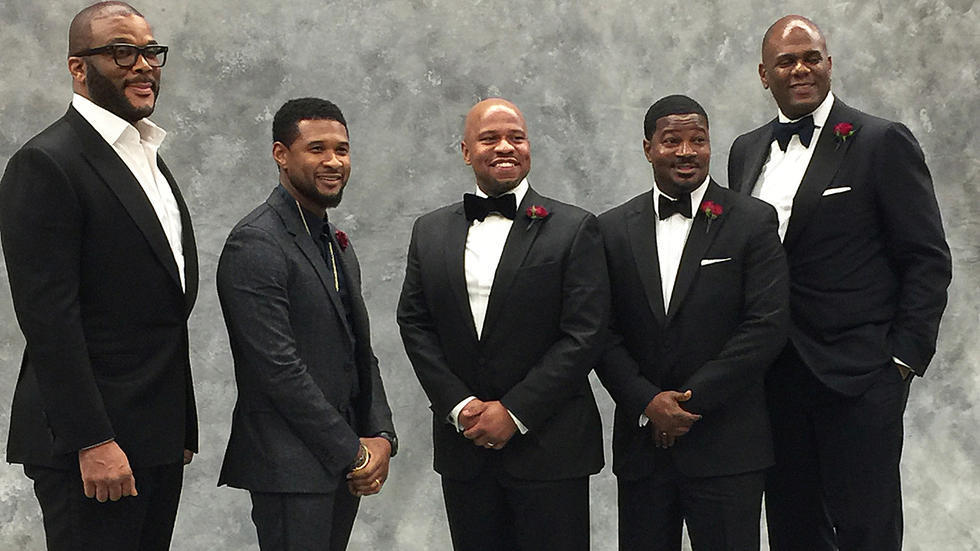 Aside from Perry, Jon Platt, chairman and CEO of Warner/Chappell Music and music superstar Usher Raymond IV were also awarded in recognition of excellence in their fields.