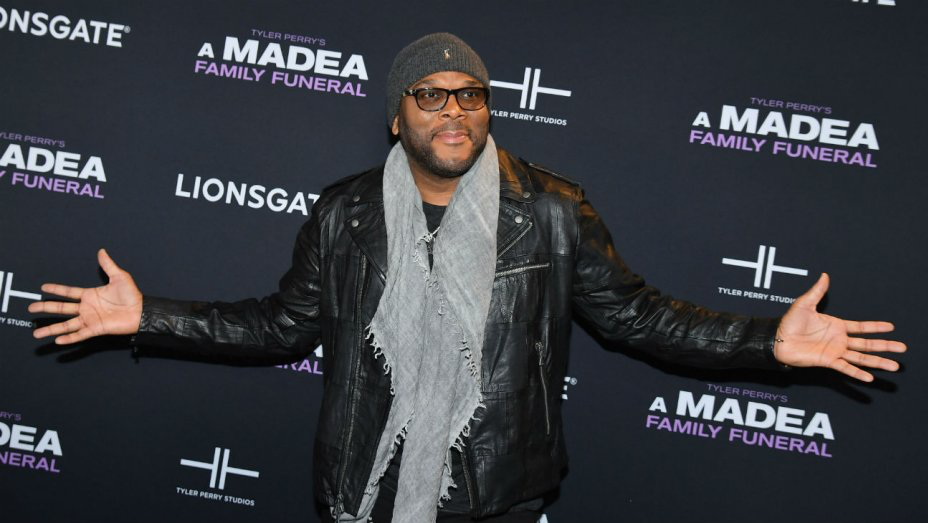 Tyler Perry kicked off what will be a very busy week with the glitzy Monday night premiere of his final Madea film, A Madea’s Family Funeral, in New York.

The eleventh film marks the last time the sharp-tongued Mabel “Madea” Simmons and her family take to the screen. It’s a bittersweet finale for fans and cast members alike who have, in many ways, grown up with Perry’s most popular franchise.

Patrice Lovely, who has played Hattie in many Madea films, told The Hollywood Reporter, “I just don’t want to believe it. It’s a sad day. I don’t want to get sensitive because I don’t want to mess up my makeup, but I love Madea.”

The press surrounding the premiere of the film comes smack in the middle of a coast-to-coast theater tour of Madea’s Farwell Play, which has seen a series of sold-out dates and record-breaking ticket sales. Earlier in February, over ten thousand ticket holders filled three shows on a Saturday at LA’s Dolby Theater, breaking the record for attendance in a single day.

Stay tuned for highlights from Perry’s talk show appearances this week and get your pre-sale tickets for A Madea’s Family Funeral here.