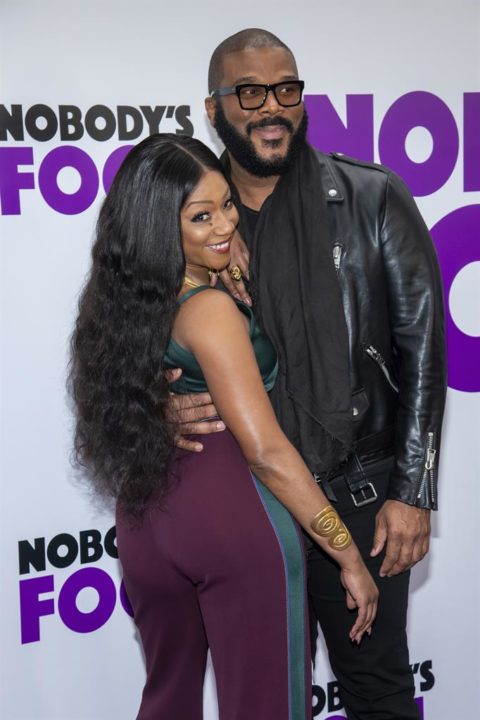 It was a reunion on the red carpet Sunday night as Tiffany Haddish joined her old boss for the premiere of Nobody’s Fool in New York.

The multi-talented actress was an early standout in season one of Perry’s OWN series hit If Loving You is Wrong, and it seems as if the two haven’t missed a beat, coming together again to make Perry’s first R-rated comedy, which is also the first project created under his new deal with Paramount Pictures.

Tika Sumpter, the star of Nobody’s Fool, and another regular in Tyler Perry’s pool of talent, talked about how Perry fostered a relaxed and fun atmosphere on set: “He let loose, he had a good time, and we were free in our characters — not that we weren’t before — but we could have a little bit more fun and say more ad-libs than we would’ve. It’s such a layered piece that he wrote. I’m so excited to be in his first R-rated comedy, and then with Tiffany, Whoopi and so many others, it’s exciting.”

The rest of the cast includes, Amber Riley, Omari Hardwick, and Mehcad Brooks. 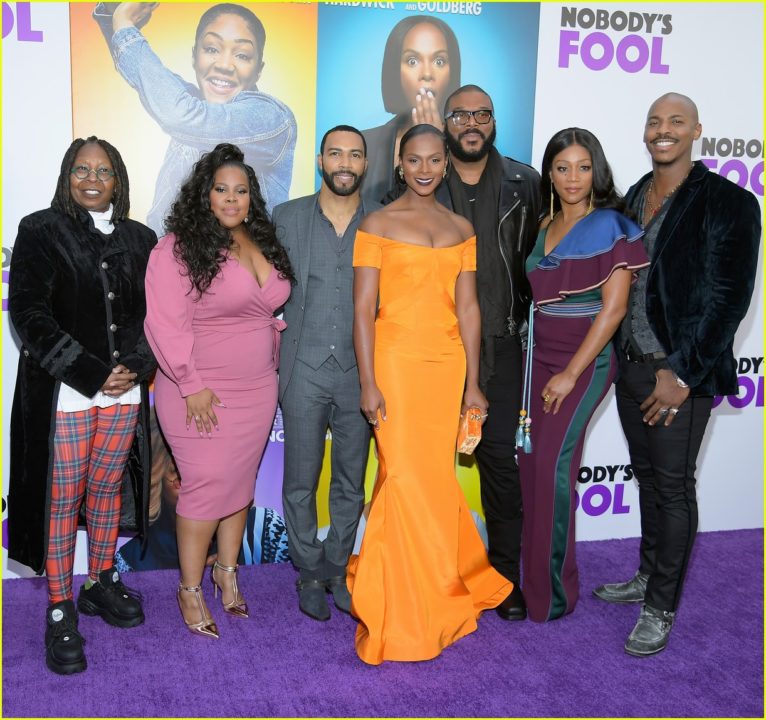 Watch the latest trailer below.

Nobody’s Fool is out in theaters this Friday, grab your pre-sale tickets here.