Movie theaters in the US have more than five billion seats go unsold annually, and a start-up in California is trying to change that. Atom, a movie ticketing app and website that seeks to solve that puzzle and is using the Oscar season to try to increase its user base.

The company caught the attention of Hollywood’s most notable players including Tyler Perry, J.J. Abrams, and Steven Spielberg who believes Atom will shake up the movie industry– and it’s already gaining traction. The app was hoping to increase theater sales by two to five percent, but early results show some theaters have seen growth in the double-digit range. Even Universal Pictures, a cousin to Fandango, recently contacted Atom to discuss a promotional partnership.

“Our hopes are that Atom Tickets triggers a social moviegoing revolution,” Spielberg said in a statement. And by phone, Perry added, “I think this allows my audience to have a better moviegoing experience. Easier, and more social.” Abrams compared Atom to other breakthrough start-ups like Uber: “You didn’t know how badly you needed it. When I started using Atom I couldn’t believe it didn’t already exist.” 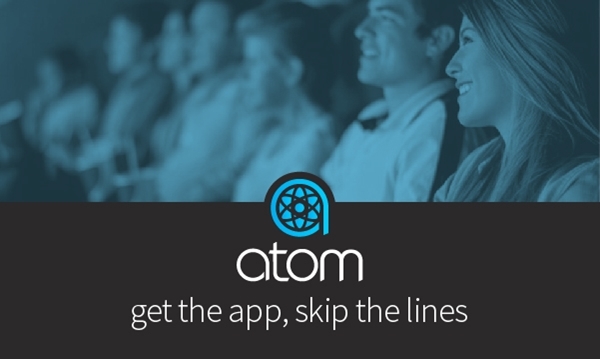 With advisors ranking among Hollywood’s most respected creatives, and growth that is exceeding expectations, Atom is hoping their presence in the industry will result in major changes for moviegoers.