Tyler Perry was back home in Atlanta last week and took the time to sit down and share some of his hard-earned knowledge with the audience at Coca-Cola’s inaugural Refresh Your Best Self Leadership Summit—an event curated by the company’s Multicultural Leadership Council. 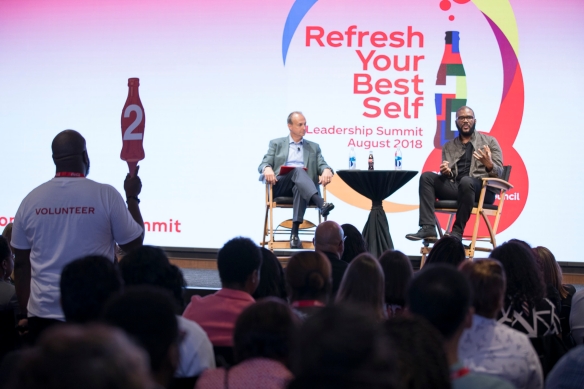 There were many inspiring touch-points during the discussion, but one surrounding Perry’s legendary work ethic offered a window into the uncharted waters that he is navigating each and every day; highlighting how unique the empire he is building truly is.

“I work side by side with my people, 12 to 14 hours a day. I’m in the trenches with them. I’m not asking them to do anything I’m not doing. It’s a culture not of ‘I think I can,’ but of ‘I know I will’ It’s about leading by example and letting them know nothing is impossible.”

To read the rest of the interview click here.