Tyler Perry chronicles his meteoric rise to Movie Mogul Status in this months cover-story interview for Forbes Magazine. Going from “poor as hell” to billionaire is one of the great American success stories of late, but what is quickly apparent in this month’s issue of the famous financial publication is how much hard work it took to have the kind of “ownership’ Perry describes as the key-element in that success story. 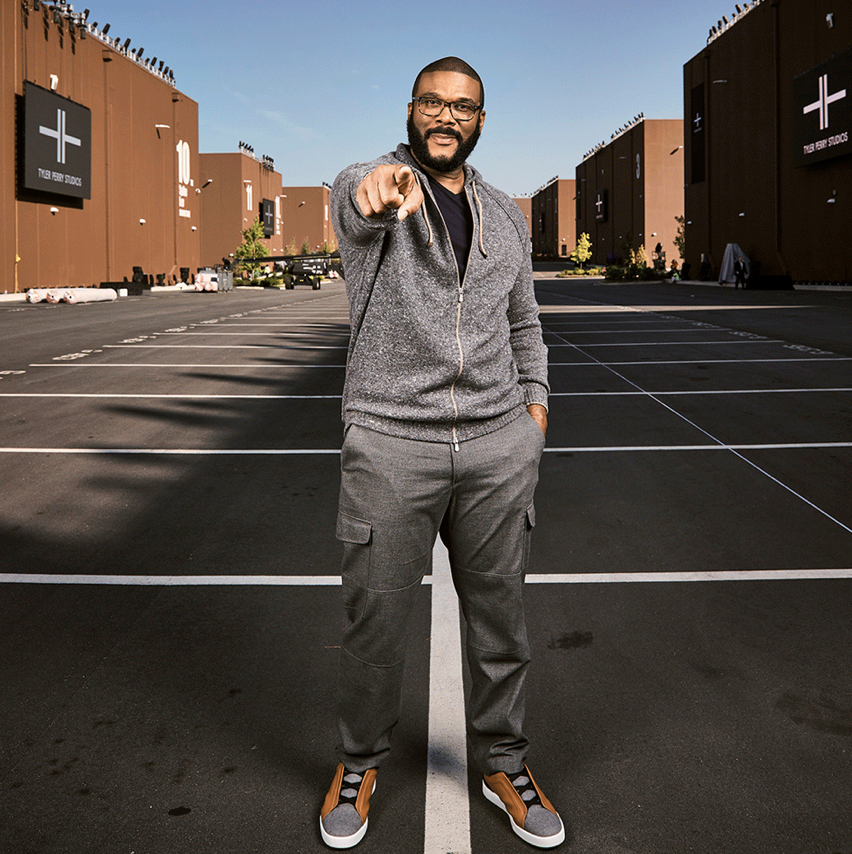 At 51-years-old, he has a hugely impressive archive of work by any measure. The collection includes more than 1,200 episodes of television, 22 feature films and at least two dozen stage plays. Perry also stood Hollywood at attention when he purchased the former army base at Fort McPherson on the south side of Atlanta and built a 330-acre studio where it once stood. More recently, he penned a substantial deal with ViacomCBS to create a jaw-dropping content pipeline. The deal also sees Perry receiving a large equity stake in BET+, the streaming service it debuted last September, all but guaranteeing that archive of work will continue to scale by leaps and bounds.

Not bad for a kid from New Orleans who had to deal with so much more than the poverty he was born into. That struggle molded Perry into a disruptor, in the best sense of the word, and put him on a path to making and owning his own destiny.

“You got to understand, I had no mentors,” Perry says. “My father doesn’t know anything about business, and my uncles and mother, they know nothing about this. I didn’t go to business school. Everything I’ve learned, I’ve learned in progress.”

The Forbes interview follows Perry through his early career on the stage in Atlanta, and his bumpy introduction to the Hollywood establishment. It finishes with some insight into what may be next for the Perry empire and some poignant thoughts from Perry surrounding how he sees what he has built in Atlanta.

Perry reflects, “I can go outside and take this dirt and put it on my hands and know that there were Confederate soldiers here walking this land, plotting and planning everything they could to keep us Negroes in place. The very fact that I am here on this land, the very fact that hundreds of people—Black and brown people—come here to make a living, that is effecting change.”