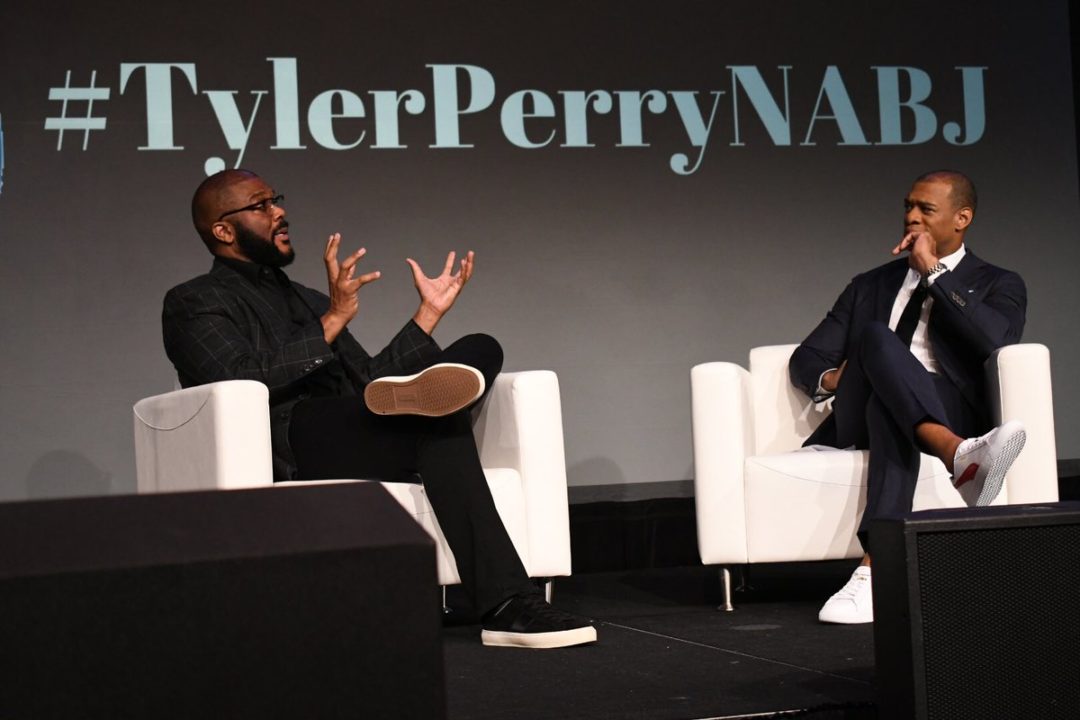 Tyler Perry was in Detroit on Friday as the Motor City played host the this year’s conference for the National Association of Black Journalists.

The keynote speech was a powerful 25-minute address followed by a short Q&A hosted by CBS News Anchor Demarco Morgan. Billed as an exploration of “Entrepreneurship and Branding” by the entertainment mogul, the engaging talk focused mostly on the monetization of black culture and cultivating ownership, but Perry also took the opportunity to try to inspire the attendees by reaching back into lessons from his past. Perry stated, “I came from hope, no one gave me anything. I worked and worked and prayed and worked some more.”

The filled-to-capacity room had more than a few notable attendees hoping to glean insight from Perry’s self-made meteoric rise to be the first African-American to own their own motion picture studio.

Perry closed the conversation with three valuable takeaways. First, have an “emotional tolerance that says you can stand and be OK inside of the madness.” Second, have a “high-risk endurance.” And lastly, “have faith.”