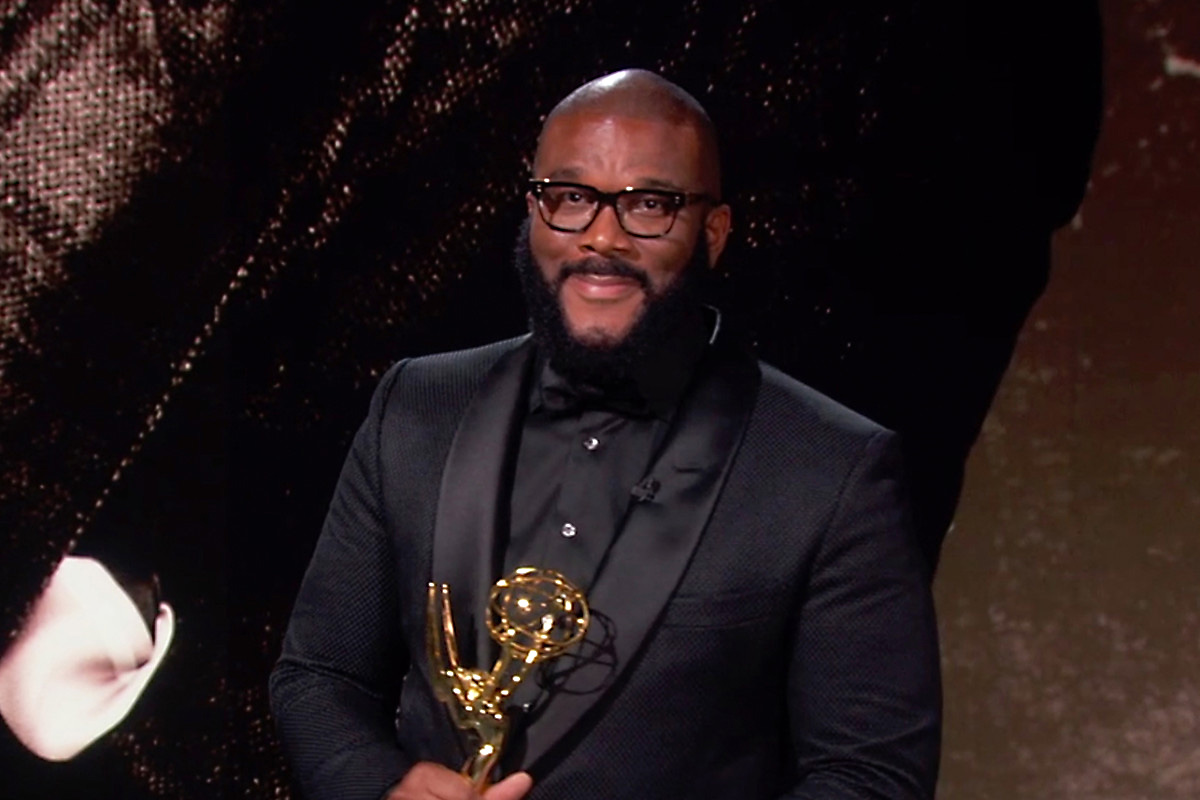 This past Sunday Tyler Perry became one of a very few to receive the Governors Award from the Television Academy. Last awarded in 2014, Perry accepted the distinction reserved for individuals or organizations whose achievements are deemed “either of a cumulative nature or so extraordinary and universal in nature as to go beyond the scope of the Emmy Awards presented in the categories and areas of the competition.”

Perry’s philanthropic work, both as an individual and through the Perry Foundation, were the focus of the Academy’s recognition. Long time friend and collaborator, Cecely Tyson commented on the accolade. “Here is a man who came from sleeping in a broken-down car to living in a mansion. Using his talents to service others, Tyler and his philanthropic ways continue to help those who are disadvantaged and are looking for light. Tyler is that light.”

Oprah Winfrey and Chris Rock introduced Perry and walked the television audience through the arc of his game-changing career. Perry then accepted the honor at the unique ceremony with a personal speech that pulled lessons from his early days challenging the industry, and shed a little light on what drives him to do things differently and never “wait by the door” for anyone.

The following is a transcript of Perry’s speech.

I want to say a very special thank you to the television academy. To the board of governors, Kim Coleman, Ari Emanuel, to Matt Johnson. To everybody at Tyler Perry Studios and my foundation. This is amazing. I didn’t expect to feel this way.

When I was about 19 years old, I left home and my grandmother. She gave me a quilt that she had made. And this quilt was something that I didn’t really care for. It had all these different colors and these different patches in it. And I was quite embarrassed by it. I had no value in it at all. When the dog got wet, I dried him off with it. When I needed to change the oil on the car, I laid it on the ground. I had no respect for this quilt.

Many years later, as I was walking past one of those fancy antique stores that I could finally go in and shop, I saw in a window a quilt that looked just like the one that she had given me. And as I’m in the store wondering where that quilt was, there was an attendant who walked up to me and said, “Let me tell you about this quilt.”

It was made by an African American woman who was a former slave. And each patch in the quilt she had put in represented a part of her life. One part was from a dress she was wearing when she found out that she was free. Another part was from her wedding dress when she jumped the broom.

And as I was hearing this story, I became so embarrassed. Here I was, a person who prides myself on celebrating our heritage, our culture, and I didn’t even recognize the value in my grandmother’s quilt. I dismissed her work and her story because it didn’t look like what I thought it should. Now, whether we know it or not, we are all sewing our own quilts with our thoughts and behaviors, our experiences and our memories.

Like in my own quilt, one of my memories when I was about 10 years old, I remember my father standing at the door. And I was wondering why he stood there so long. He was frustrated and he walked away. And I asked my mother what was going on. She said he had worked all week and he was waiting for the man to come and pay him, and he never did. They needed the money at the time.

And I’ll tell you she was so frustrated she turned to me and she said, “Don’t you ever stand by a door waiting for white folks to do nothing for you.” My mother wasn’t a racist. But in her quilt, she couldn’t imagine a world where her son was not waiting by the door for someone.

And now, on that very land, Black people, white people, gay, straight, lesbian, transgender, ex-cons, Latin, Asian, all of us come together, working. All coming together to add patches to a quilt that is as diverse as it can be, diversity at its best. I stand here tonight to say thank you to all of the people who are celebrating and know the value of every patch and every story and every color that makes up this quilt that is our business, this quilt that is our lives. This quilt that is America. Because in my grandmother’s quilt, there were no patches that represented Black people on television.

But in my quilt, her grandson is being celebrated by the Television Academy. I thank you for this. God bless you. Thank you.