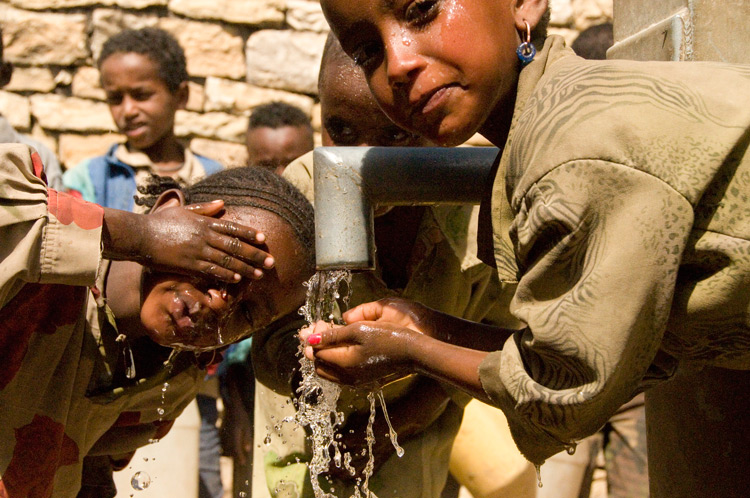 663 million (or one in ten) people on the planet don’t have access to clean water. That’s where Charity: Water does its work. Charity: water is a non-profit organization dedicated to bringing clean and safe drinking water to developing countries, and through the donations of Tyler Perry and his Foundation, thousands of people now have access to the most basic of human needs.

Since 2008, Tyler Perry has donated funds to bring clean water to an estimated 65,079 people across four countries, including nine communities in Ethiopia, four in Haiti, one in India, and six provinces in Cambodia. And it doesn’t stop there. Bringing clean water to these countries also brings stability as well, fresh water is just the beginning.

Access to clean water saves around 16,000 lives a week through safe sanitation practices and improved health. Women are largely responsible for collecting the water, so this means more girls spend time in class rather than walking to get water for their families, and with clean toilets less girls stay home from school for a week every month. Access to clean water also gives communities more time to grow food and earn an income which, when combined with more time in school, helps fight poverty.

Since coming into the public sphere, Tyler Perry has dedicated much of his life to helping those in need, and although humble, he hasn’t been shy about it using his voice to bring attention to those in need. Last week Tyler Perry received the People’s Choice Award for Humanitarian of the Year, and Enterprise Rent-A-Car pledged a donation of $100,000 to Perry’s charity of choice, the non-partisan Global Medical Relief Fund for Children. Though through his own charity, the Perry Foundation, he has donated millions of dollars to non-profit organizations to help eradicate homelessness, support civil rights causes, aiding survivors of devastating natural disasters and bringing fresh water to those in need. As he said in his award acceptance speech, “no matter how dark it gets, we all have to be light for each other.” Learn more about charity: water and their mission on their website.