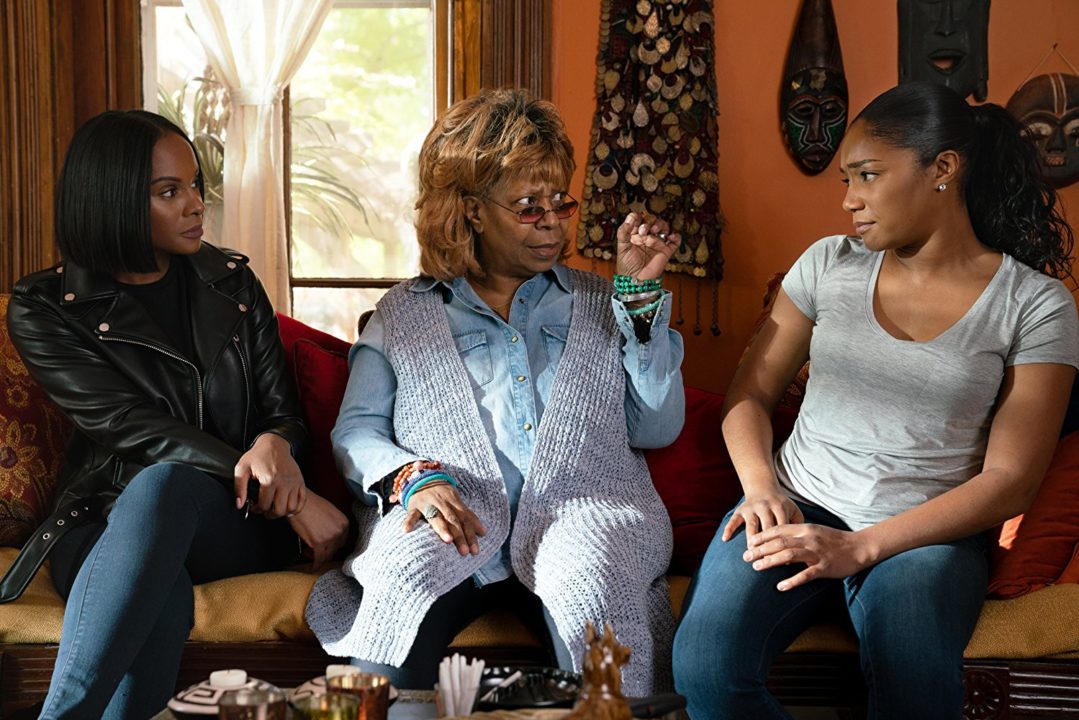 To say Tiffany Haddish is having a banner year is an understatement, to say the least. From stealing the show at the Oscars, to stacking up an almost impossible work schedule that has seen her in everything from music videos for the likes of Drake and Maroon 5, to staring in the Showtime series, The Last O.G., to the multiple film projects she has in production, Haddish has seemingly tapped into something we all collectively needed-a good laugh.

It hard to believe that it was only four years ago that this supernova of a celebrity walked onto the set of the soon-to-be Tyler Perry hit show If Loving You is Wrong, for a 15 episode run. It seems fitting however that the two are back together in Perry’s first feature under a new partnership deal with Paramount Pictures in Nobody’s Fool, a comedy caper that also stars Southside With You breakout Tika Sumpter, and Hollywood legend, Whoopi Goldberg.

The first trailer for the film, which is slated for release on November 2nd, dropped today.

Monday’s new trailer comes on the heels of news last week that Perry will be sitting in the producer’s chair alongside Michael Bay and Bay’s Platinum Dunes partners, for the film “I Am Yours”. Paramount Pictures is tightlipped on the logline for the feature, other than to say it has a “Fatal Attraction” element to the storyline. Perry should be right at home with the genre coming off his early 2018 noir-thriller, Acrimony.