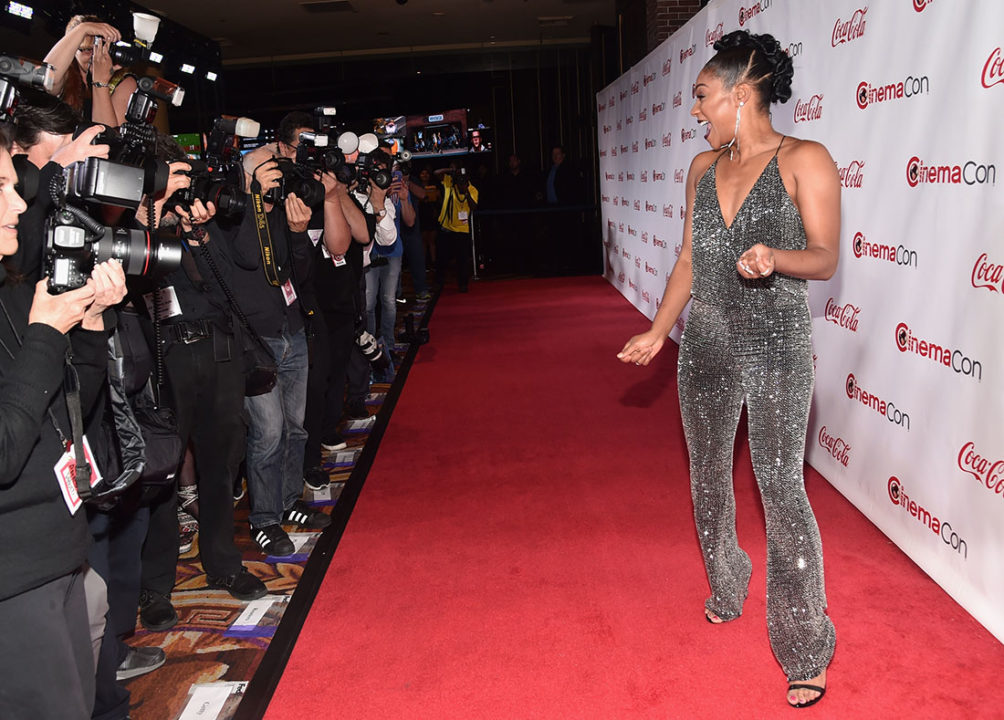 The stars of Tyler Perry’s fall comedy are all too excited to talk about it—and it’s not even premiering until November 2nd!

Haddish was on-hand at CinemaCon this week in Vegas to promote two films set to hit the screen in 2018. Both films will be fall favorites, with the first being Night School, in which Haddish will try to teach Kevin Hart a thing or two as his adult learning instructor. The second was Perry’s untitled comedy for Paramount Pictures, that will have the comedienne playing a recently incarcerated wild woman who comes to her sister’s defense when she suspects she’s being “catfished.”

Haddish had the attendees of CinemaCon in stitches as she joked about crashing the filming of one of the movie’s sex scenes.

Another of the film’s stars, Whoopi Goldberg, shared a more introspective story of her experience working with Perry and being on the impressive TPS lot on her show, The View.

Stay tuned for more information on the fall comedy and mark your calendars for the November 2nd premiere!