“The Oval” and “Sistas” set to premiere this Wednesday 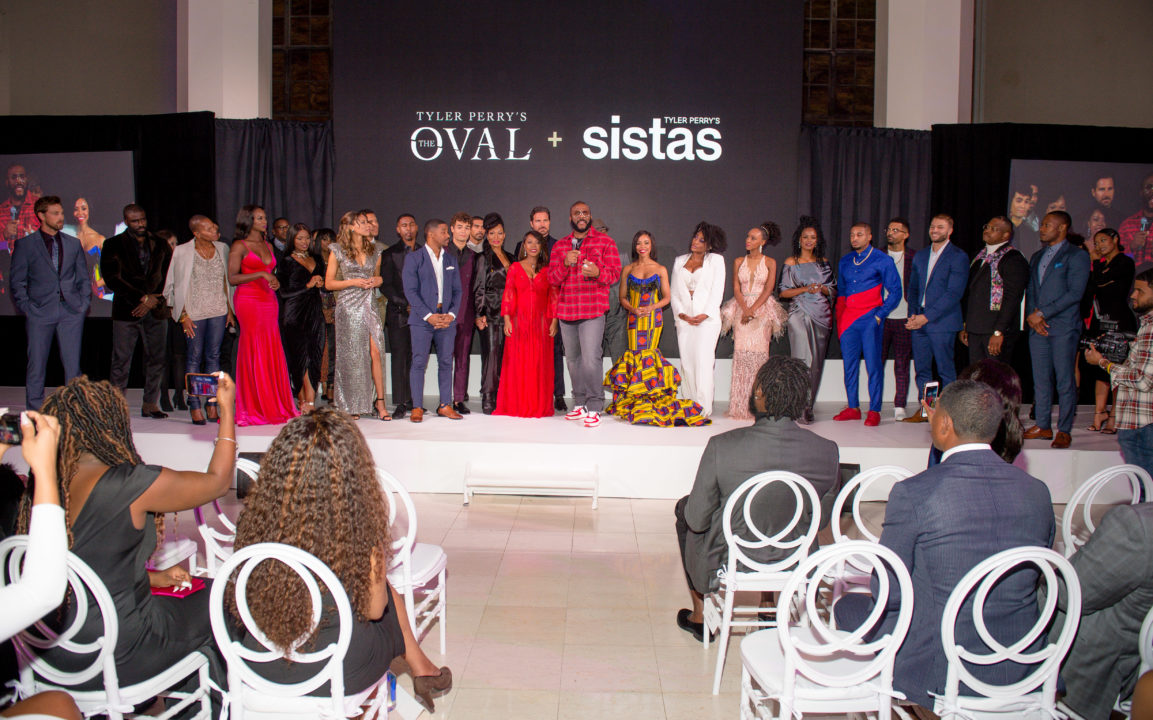 Tyler Perry has much to celebrate these days. Apart from the accolades that continue to pour in regarding the grand opening of his groundbreaking studio in Atlanta, he also had a little time this weekend to pop the champagne with the cast members of The Oval and Sistas in anticipation of their premiere dates this week on BET+.

Primetime on Wednesday the 23rd will see a doubleheader from Perry, when the first two series from his partnership with Viacom and BET hit the air. The Oval will be first at 9PM ET. The drama, involving a new president and the first family navigating the shark-tank that is Washington D.C., is sure to be a fall favorite and is immediately followed by, Sistas at 10PM ET. Sistas follows four single girlfriends who have reached a milestone beyond young adulthood and are now on the sometimes hilarious rollercoaster ride of trying to find “Mr. Right.”

Last night Perry kicked things off with a proper cast party in Atlanta that included stars from both shows. He introduced the actors on stage and hung with the cast and crew to celebrate the almost unheard of occurrence of premiering not one, but two new series on the same night.