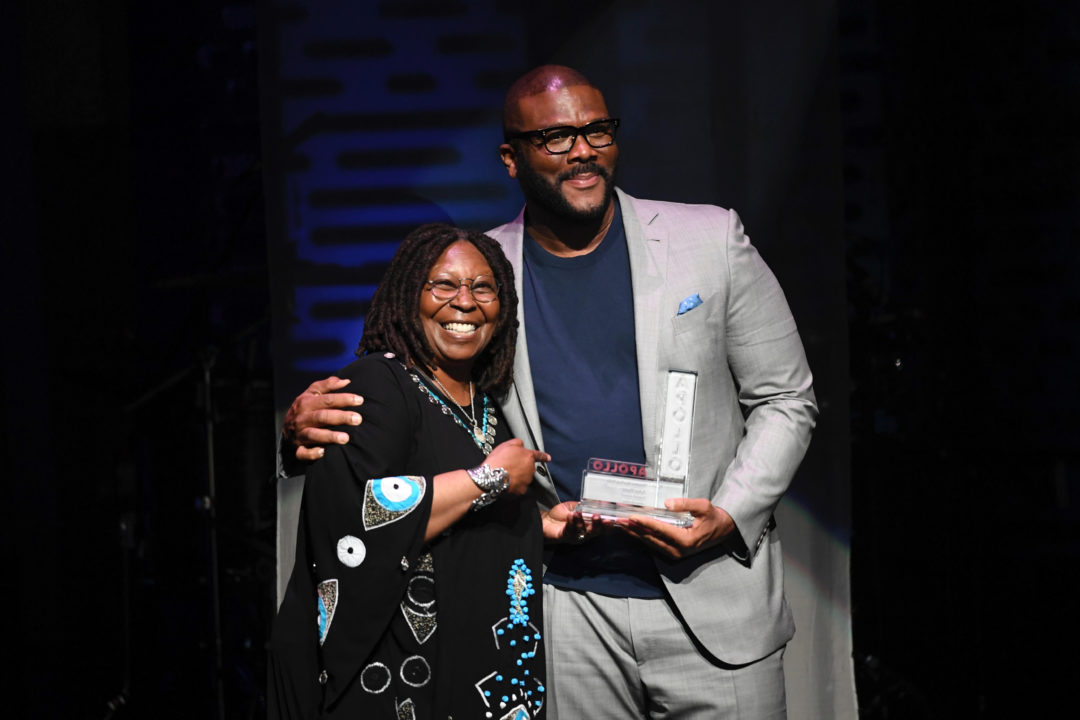 Tyler Perry was honored by the Apollo Theater in Harlem during their Spring Benefit Gala, where he was presented with the Impact Award. The Gala, which took place on June 13th at the historic venue, was memorable for each guest in attendance. With Perry’s surprise contribution of $500,000, the annual event raised a record-breaking $3.7 million.

“My studio was once a Confederate-owned army base where there were 3.9 million negroes and slaves at the time, and there were Confederate soldiers plotting and planning how to keep them enslaved,” said Perry in his acceptance speech. “While now that land is owned by one negro, I know the importance of what it means to honor that and the history of what it has been – to re-direct that and change it. So it’s very important to me that we all give and support. With that said, I’d like to give a half-million dollars to make sure this place continues to grow and thrive.”

Having opened its doors in 1914 as an exclusively white burlesque club, The Apollo’s success can be attributed to reorienting its mission in 1934 to a “variety show” format and encouraging African American audiences and artists to attend. As a result, the venue began hosting the legendary “Apollo Night” each Tuesday evening, where greats like Ella Fitzgerald, James Brown, Aretha Franklin, and Michael Jackson performed for the first time.

The Apollo’s theme this season, “The Renaissance is Now!,” seeks to expand the non-profit venue’s role as a partner, commissioner, and co-producer of programming that centers Black artists and highlights social issues that impact communities across Harlem, New York, and the nation.

“When we talk about inspirational people – to look up to and aspire toward – this man, for me, is that,” said Whoopi Goldberg as she presented Perry with the Impact Award. “He’s all the things I hoped I would see when I look to ‘the best.’ It’s very hard to find something universal and that’s what he’s done.”