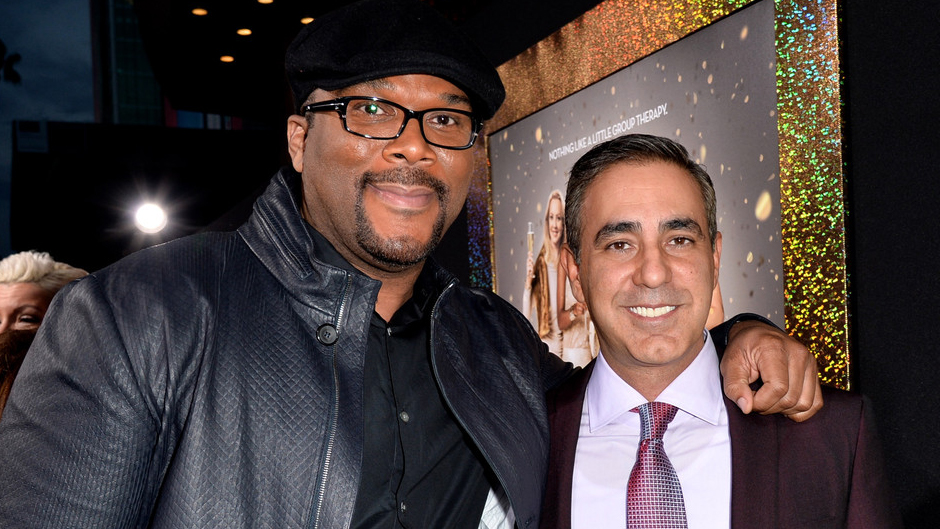 He oversees all of the day-to-day operations at the studios which includes working with crews, television and film producers and talent managers as well as managing all parts of the studio including feature films, television shows, and stage play productions. He has produced nine of Tyler Perry’s films and currently supervises 300 employees across two massive studio lots, along with managing 34th Street Films, a film development and production company also owned by Tyler Perry.

Mr. Areu began his career in 1995, when he worked at the security gate at Warner Brothers Studios, greeting guests and stars alike. Not long after, he began working in production, first on the set of Friends. From there, he became the personal assistant to Jennifer Aniston and Brad Pitt, and later to Ellen DeGeneres, before heading over to work with Tyler Perry in 2006. An invaluable asset to the Tyler Perry team, and with a work ethic only matched by Mr. Perry himself, Ozzie Areu was named President of Tyler Perry Studios a few years later.

As an Executive Producer for many of Tyler Perry Studios’ hit television series, Mr. Areu’s work has been consistently recognized for excellence. In 2012 and 2013 alone, House of Payne received four NAACP Image Awards, including Best Comedy Series, For Colored Girls was named Best Picture at the 2011 BET Awards, and Mr. Areu received the Latin Innovators Award and the Georgia Entertainment Gala’s Georgia Highlight Award, in recognition of his service to entertainment. Throughout everything, Mr. Areu maintains Tyler Perry’s guiding vision, creating “a place where even dreams believe,” as he aspires to grow the company and brand on his behalf, developing family-friendly content with real life and thought-provoking issues.

When speaking about what Mr. Areu has learned over the years, he believes the key to success is found in collaboration. “I have built a tremendous team here that echoes my work ethic, company values, and enthusiasm for what we do,” Mr. Areu explains. “Leading by example and being a positive role model is important—if I’m not succeeding in a positive way, then people working for me at any capacity won’t always be inspired give their best.”

Ozzie Areu is a true asset to Mr. Perry, and it’s no question why.