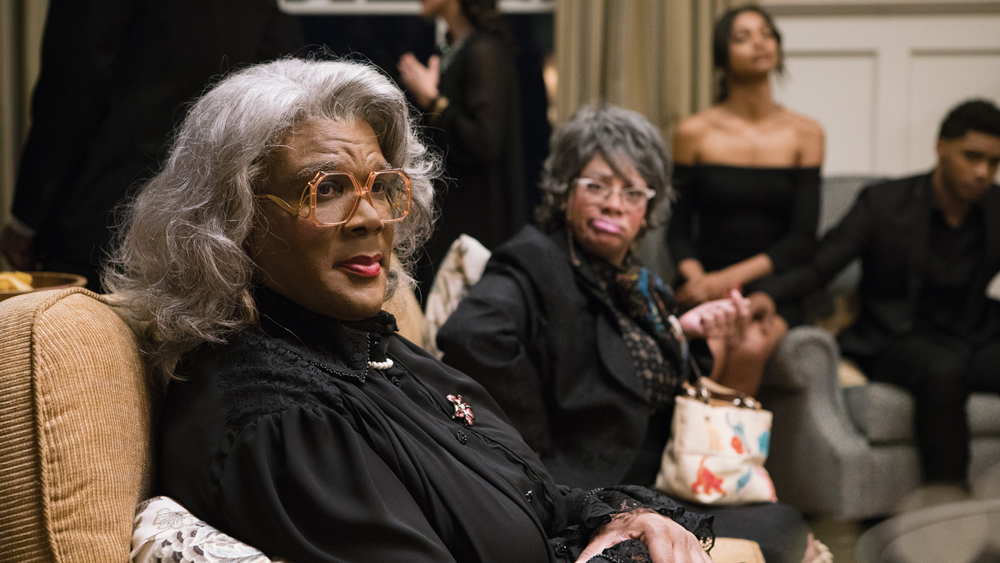 The eleventh and final film for Madea had an opening weekend that was truly fitting of the franchise’s long legacy as a crowd pleaser. A Madea Family Funeral took in a whopping $27 million over the first 3 days, almost beating How to Train Your Dragon: The Hidden World for the top spot—doing so with nearly half as many screens.

It’s a trend that started almost at the beginning of the franchise, and one that has consistently seen the love fans have for the films be questioned by industry insiders who have hedged against Perry’s ability to understand his audience and then deliver the goods. The New York Times reported that Perry’s final Madea romp outperformed analysts predictions by 30% in its weekend opener, but if you have followed Perry’s trajectory over the last two decades then you’ll know that overachieving is exactly how the entertainment mogul goes about his business.

Rebecca Rubin from Variety chimed in on how remarkable the latest box-office numbers are for a franchise that is nearly 15 years old:

“Family Funeral may not have racked up the best start in the Madea series — that distinction belongs to Madea Goes to Jail ($41 million) — but it ranks as the franchise’s second-biggest debut in nearly a decade. It’s a rare feat for any franchise to keep cranking out films that are actually making money after so many installments. Tastes change, audiences move on, but Madea seems to have retained her hold on a devoted fanbase. To put the opening weekend of A Madea Family Funeral into perspective, it launched with just $1 million less than Fox’s Alita: Battle Angel ($28 million), a sci-fi epic that cost over $170 million to produce. Perry, who stars in, produces, and directs the low-cost Madea movies, typically makes his films for roughly $20 million.”

Now that, Mabel “Madea” Simmons, is squarely in Perry’s rearview that doesn’t mean the multi-hyphenate creator is taking a break. His new partnership with Viacom and Paramount Pictures will see production increasing at the new 330 acre Tyler Perry Studios in Atlanta, and Perry himself has been vocal about doing more roles like his recent portal of Gen. Colin Powell in Adam McKay’s VICE.

Perry spoke about what kind of characters he’d love to play next on Live with Kelly and Ryan.

Get your tickets for A Madea Family Funeral here and stay tuned for what’s next!