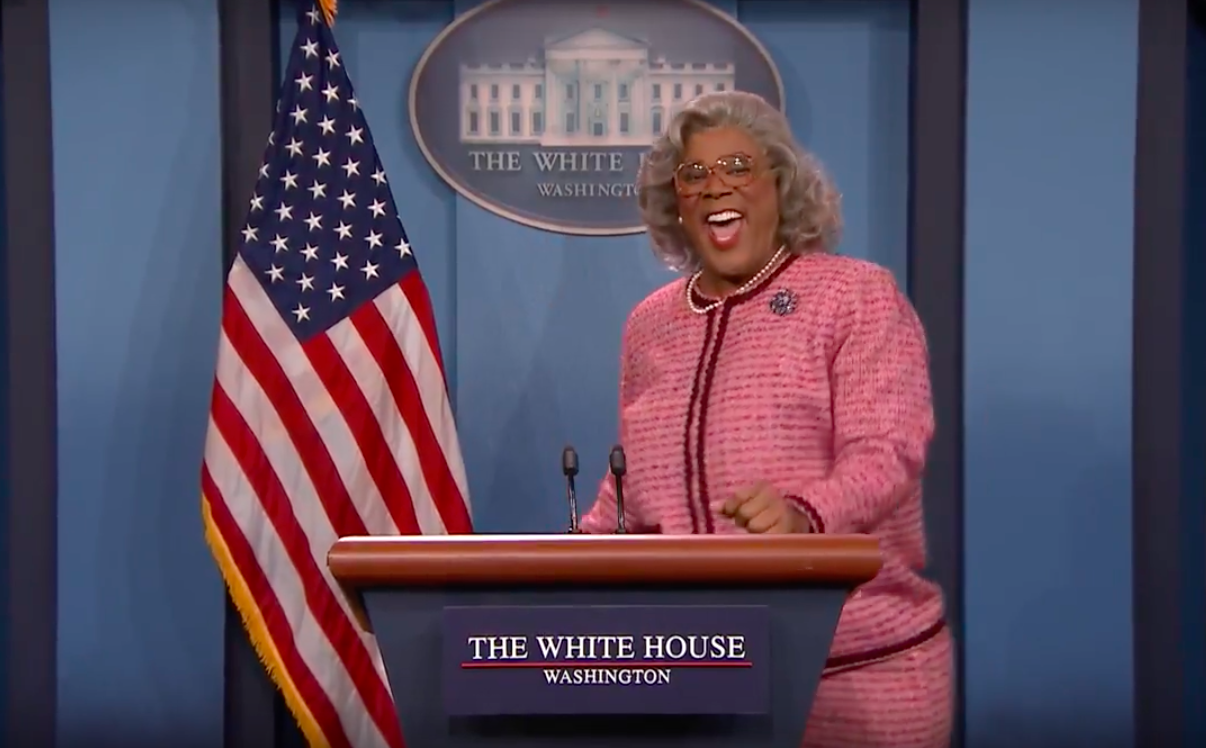 In case you missed it, Madea broke major political news on The Tonight Show with Jimmy Fallon this past Monday.

In the second appearance of the comedic collaboration of Fallon’s Trump and Perry’s Madea, the show opened with a message from the new White House Communications Director, a position in the current administration that seems to come with a revolving door.

Madea takes to the podium and fields questions, saving the political “haymaker” announcement for the very last moment.

Tyler Perry was a guest on the show, along with Glee and The Mayor star Lea Michele, to promote his Halloween comedy BOO! 2, A Madea Halloween and talk about his latest book, Higher is Waiting, which is set to be released on November 14th.

Perry was in a New York state of mind on Monday, having made the rounds earlier in the day speaking on the Today Show in both the 8AM and 10AM hour, as well as squeezing in an appearance on Kelly and Ryan.