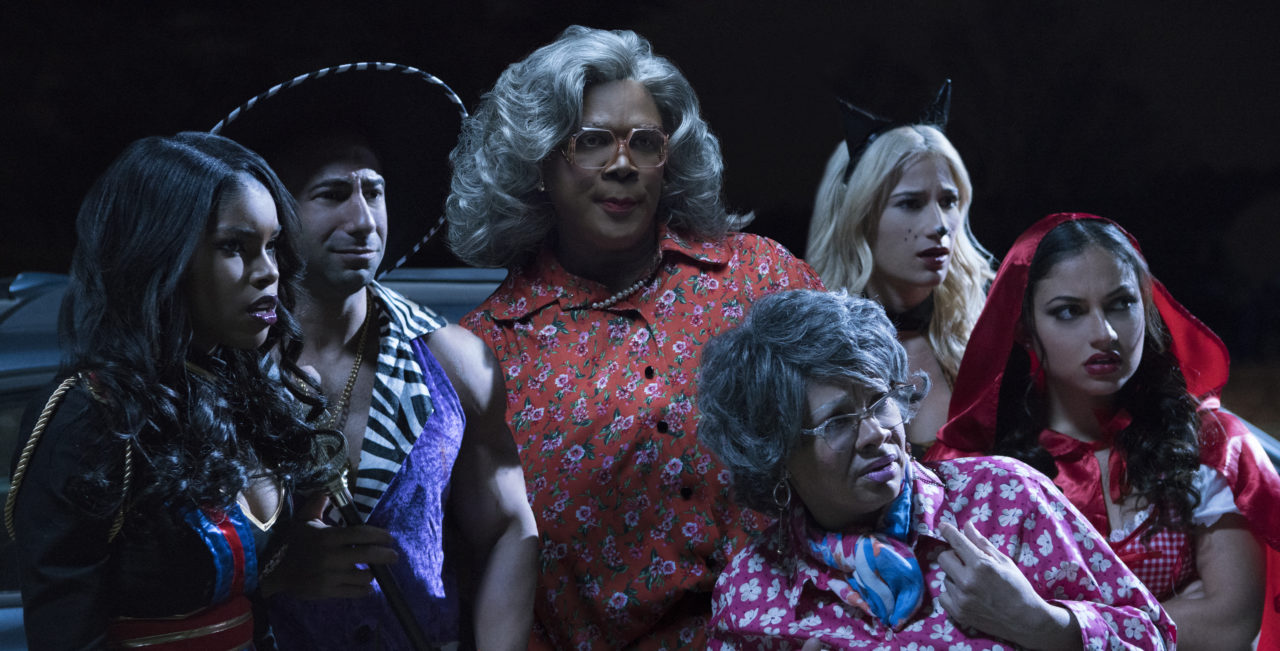 BOO2! A Madea Halloween took the #1 spot at the box-office this weekend, opening in the top spot for the second year in a row.

The Halloween comedy raked in $21.2 million across 2,388 theaters in its first 3 days, meeting industry predictions almost to the dollar. A sequel repeating a top-spot opening only twelve months after the first film was released is a monumental feat for any comedy, but box-office success is nothing new for Tyler Perry, the film’s director, producer, writer, and actor. In fact, most of the films Perry has made over the past 17 years have opened in the top three spots domestically.

BOO2! will look to squeeze another big weekend in before trick-or-treaters hit the streets on Halloween. Pre-order your tickets here!