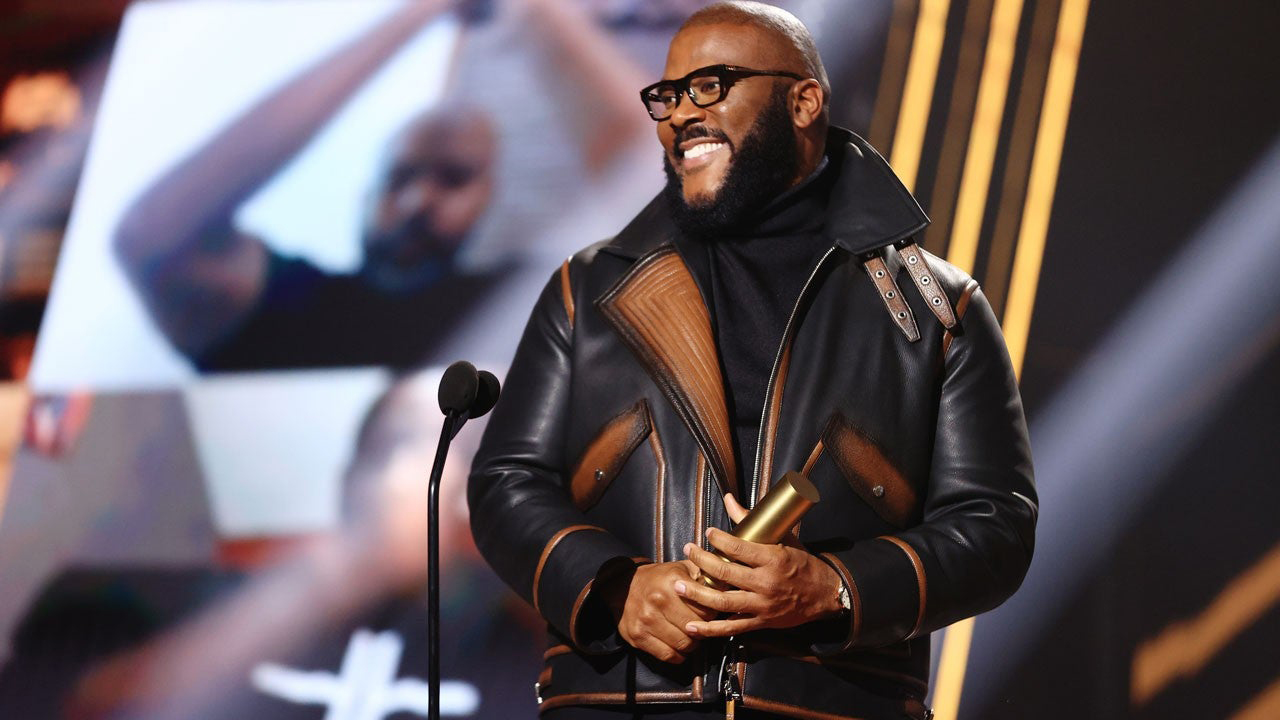 Tyler Perry accepted the coveted People’s Champion Award at this year’s E! People’s Choice Awards on Sunday night and, as he’s been doing all year, eloquently shared a personal story that surely moved and inspired viewers and fans alike.

Perry took the stage in Los Angeles after a heartwarming introduction from friend Tiffany Haddish and was joined on the big screens surrounding him by employees and staff from Tyler Perry Studios in Atlanta.

Reaching back almost twenty years, Perry recalled a simple story about a time when he was having a well dug for a home he had purchased and no matter how hard the engineer tried, or how many holes were dug, they kept coming up empty. It wasn’t until the final hole was drilled at nearly a 1,000 feet deep and the engineer wanted to give up that they realized they were only four inches away from fresh water.

Perry continued. “But if you just keep digging… you may be four inches away from every gift and every blessing you ever wanted in your life. Had I given up when I was homeless, sleeping in my car, hungry, had I given up these people that you see on the screen right now wouldn’t be part of my dream.”

“Let me tell you something, listen to me, when you get there, to that water, and see it coming and know you have what you need, this is what I want you to always remember — make sure that everybody you run into meets you at your worth.”

E! News General Manger of Live Events, Jen Neal spoke to why Perry was on top of the list this year for the People’s Champion Award. “In a year of unrest and uncertainty, Tyler Perry proved a natural leader. From his pioneering efforts in successfully, and safely, restarting production and creating jobs at Tyler Perry Studios, to personally supporting charities and families in need, he continuously inspires hope in people. We are honored to present him with the People’s Champion of 2020 Award.”

Watch the entire speech below.