In Variety’s “Showman of the Year” Cover, Tyler Perry talks Politics, Pandemic, and the Future 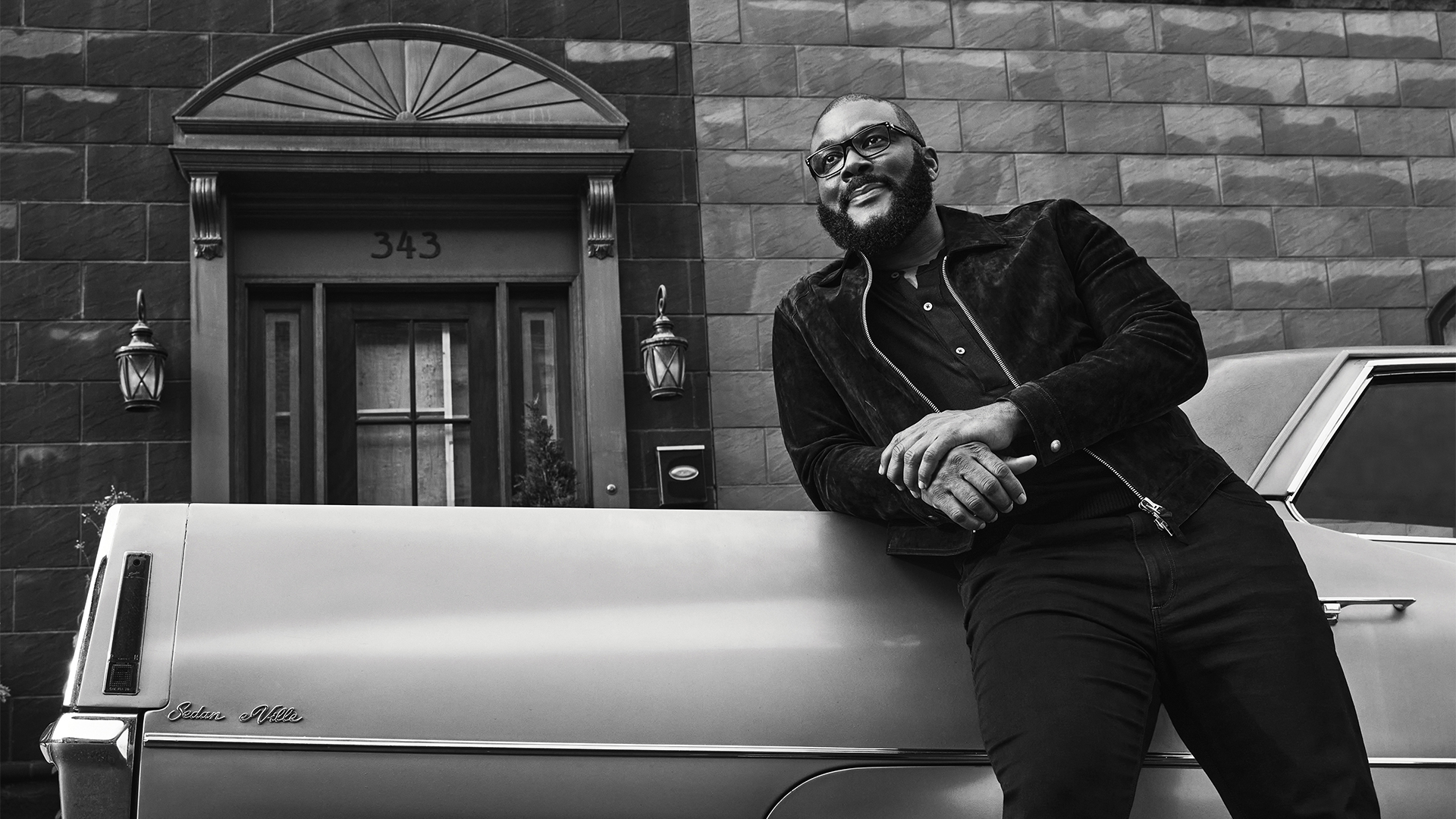 If nothing else, 2020 has been a year of extremes. Great lows, tragic loss, and an ever widening chasim in our society has been met with protest, positive focus on foundational flaws, and profound determination to make a better future for the next generation.

Tyler Perry made a choice long before the pandemic crept into all of our lives, to let positivity lead the way. That attitude, along with a blistering work ethic, has netted the multi-hyphenate creator a mountain of well-deserved recognition this year. The latest issue of Variety magazine is another example of the industry shinning a light on the work Perry is doing both inside the production space, and beyond it. 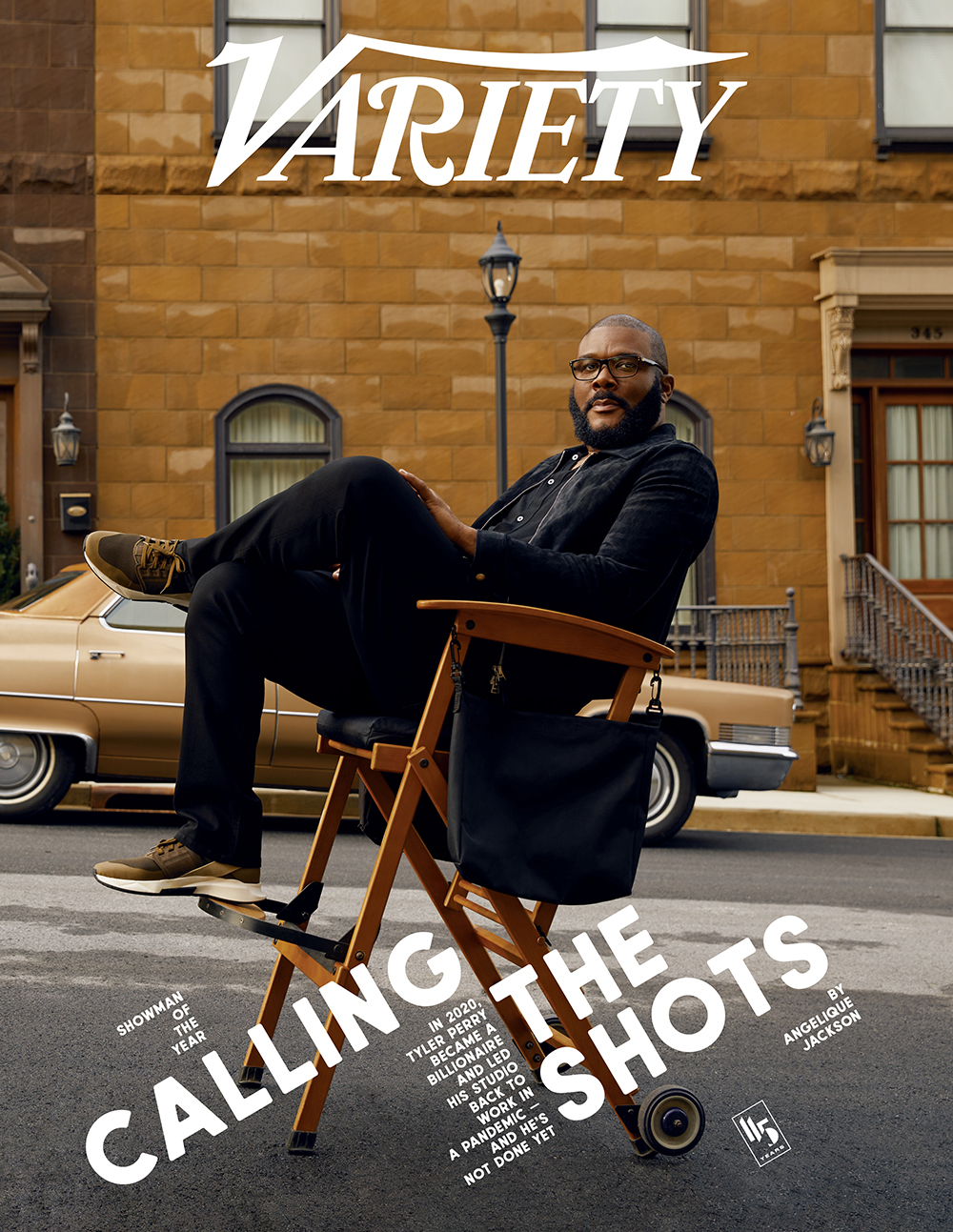 Perry graces the cover as Variety’s “Showman of the Year” and takes interviewer Angelique Jackson through the uncharted landscape that saw him living in his car in the early days, to being on the cover of Forbes magazine. As with every accolade this year, the narrative centers around working hard and owning the results. And as always, Perry’s friends love to celebrate the creator’s work and the recognition he’s now finding. For friend Whoopi Goldberg it didn’t come soon enough.

“He’s doing life the way we all would like to do life. This wasn’t inherited; he earned every dime. Every piece of that studio he bought with his dough,” Goldberg says. “I think the idea of letting people know that this wasn’t a gift, this was hard-earned, [is important]. And in any other place, he’d be at the tip of everybody’s tongue, the talk of the town — it would be a huge thing. And yet somehow, people haven’t really stepped up to recognize it as far as I’m concerned.”

Perry speaks to the struggle he’s encountered and critics along the way. “I grew up with a man who criticized me and said all kinds of horrible things to me every day of my life. And if that 2-, 3-, 4-, 5-year-old, beautiful kid can endure that and find a way, what kind of man would I be to be hurt or bothered by some other criticism?” he explains. “I never see a lot of it, but if it does get to me, I look for truth in it. There’s a lot of it that’s just vitriolic; that’s just ‘I’m going to hate on him because he’s Tyler Perry.’ I get that. But when there’s truth in the criticism, like, ‘Why did he do this, this and this?’ I go, Hmm, let me think about that.”

“And if I start writing for the critics, the only movie that I ever wrote that got some critical acclaim [2010’s ‘For Colored Girls’] didn’t do very well. I know to speak to the audience — that is the business; that is the voice; those are the people that matter the most to me.”

Of his most recent Governors Award at the 72nd Primetime Emmys and the inspiring speech he delivered at it acceptance, he knew a message of hope could cut through the static. “That speech I wrestled with a lot, because there’s just so much going on in the country and there’s so much that I want to say,” Perry recalls. “And there’s so many sides of my experiences that want to speak, and they’re all battling for the microphone at the same time within my head. But for me, what the country, what the world, what we all need now is hope and healing. And if I can speak to that, then that’s my purpose. Anything that doesn’t serve that, I don’t want to do, because there are enough people who are working very hard to divide and destroy and tear us apart.”

As for politics and the looming election, Perry said his 5-year-old son, Aman puts things into perspective. “If it were just me, I could step back and maybe have a different opinion,” he explains. “But I want him to be able to go to the national parks and they’re not drilling inside of them, to be able to turn on a debate and see two men stand professionally, giving each other the respect to finish their two minutes that they’re allotted and not talking over and screaming at each other.”

“If you want more of the same, then you vote the way that you did in 2016,” he says. “If you want something different, then we need to have a landslide out voting for Joe Biden.”