An Interview with Miss V 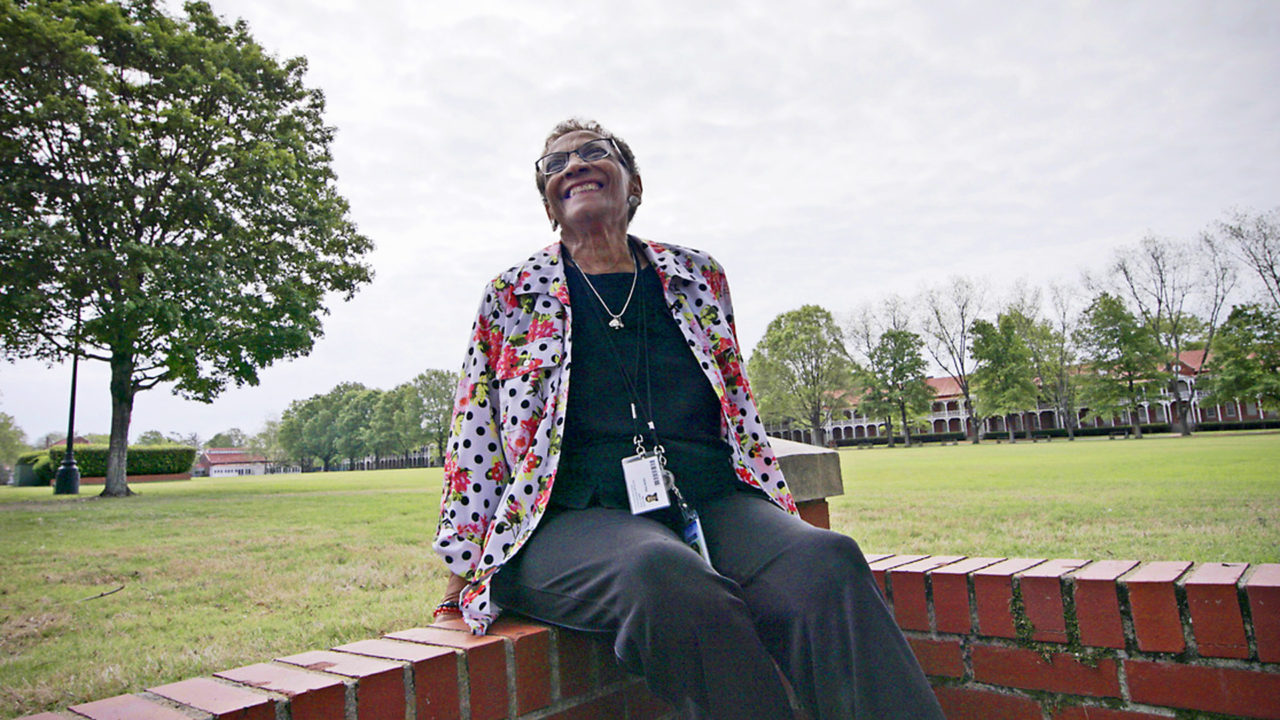 Vera Jones, or “Miss V”‘ as she’s affectionately known around the lot, is a fixture at Tyler Perry Studios and has been since day one. An Atlanta native who remembers attending dances and parades at Fort McPherson when the military base was in full swing during the 1960’s, she now has the rare opportunity to see the fort’s evolution into a bustling home for the creative energy of Tyler Perry. The longest serving employee for Perry, we recently had the chance to chat with this busy lady about her work at the studios, what it’s like to see the Fort repurposed, and what she gets up to when she’s not the smiling face behind reception.

When asked about Miss V, President and Head of Production, Ozzie Areu said, “She was one of the first people I met with when I started with Tyler and it set the initial tone for me of the kind of company I was coming to work for and the kind of people that Tyler already had working for him. I have always had a special place in my heart for Miss V.”

What is your position at Tyler Perry Studios?
I’ve been a receptionist at the front desk since the very beginning!

When did you first come to work for Tyler?
I first started as a receptionist for Tyler Perry 14 years ago in 2003 at Tyler Perry Company. Then we moved to Krog Street, then Greenbriar, and now Tyler Perry Studios at Ft. McPherson.

What is the favorite part of your job?
I love my job wholly, but if I had to choose a favorite it would be some of the more “off the cuff” calls I get. People will call thinking they’re calling Tyler Perry directly. So I answer the phone and say “Tyler Perry Studios” and they immediately say “Is he there?” so I have to say “No, how can I help you?” and they just want to talk to him. I also love the calls where people ask to speak with Madea.

What do you look forward to the most with all the changes and construction happening at the new studio?
Since we’ve been at Fort TPS, Tyler leases out areas to other productions which we weren’t able to do at our other studios. I’m a Walking Dead fanatic, so they’ve come on to our site at Fort TPS and it’s been really exciting to see.

We were told you used to attend functions at the Fort back in the 60’s. What was Fort McPherson like back then? What kind of functions did you attend?
I went to a couple parties on the Fort McPherson military base, the USO shows, and went to the commissary a couple of times. There would be parades on the grounds, and marches. There were a lot of good-looking hard bodies there marching up and down. I wasn’t a member of the military so I wasn’t able to see everything on the grounds back then but it looked just like a fort, with a shooting range and all that stuff. Tyler Perry preserved some of the old fort but it certainly doesn’t look like a military base anymore.

What is your favorite thing about living in Atlanta?
I think it’s a pretty diverse city with different cultures and nationalities and it’s pretty progressive here. The weather has a lot to do with it too. With my old joints I like the warm weather!

What do you like to do on the weekends? Any hobbies?
I love to travel, every chance I get I try to gather a few friends together and go to the casino! We don’t have them here in Georgia so I only go maybe twice a year if I can. I have a 97 year old mother in a nursing home so that curtails my travels a little bit. I like to stay with her. But I also sing in a choir, and I love the movies!

Any thoughts about retiring any time soon?
When I do decide to retire, I will be the first retiree from the studios. I would like to retire, but I’d like to work as long as I can. The job is always interesting, and I love it, but I do see myself retiring from here eventually.

One last thing:
Working with Tyler Perry has been one of the most fantastic experiences of my whole life. I just love working here. It’s fantastic because I retired from a corporate environment in insurance. I knew nothing about entertainment and I got a chance to finally see something from the inside instead of the outside. Bless me. Tremendously.