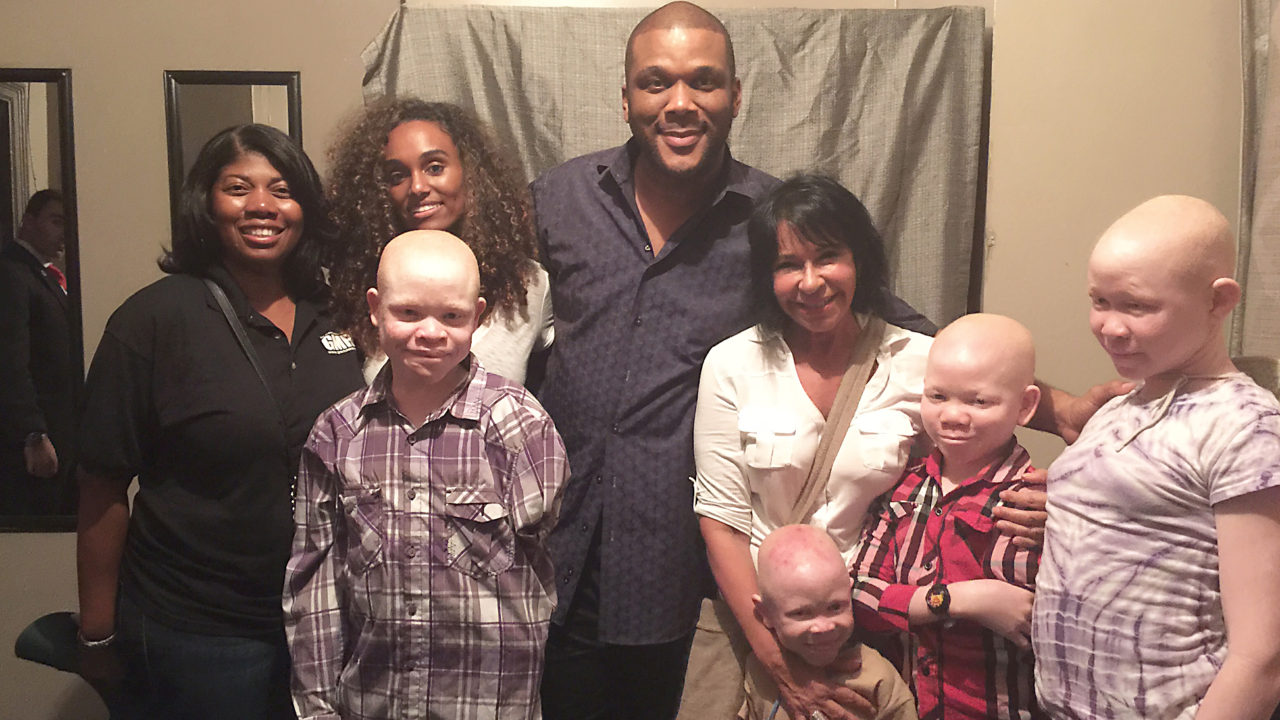 Tyler Perry recently cast some much needed light on one of his favorite charities when he named the GMRF as the recipient of his People’s Choice Humanitarian of the Year Award, a $100,000 donation that was sponsored by Enterprise Rent-a-Car.

Based in New York, the Global Medical Relief Fund (GMRF) was founded in 1997 to provide international aid to children in need.

GMRF came across Tyler Perry Studio’s radar several years ago, and has since been an important philanthropic endeavor for Mr. Perry. We sat down to talk to Elissa Montanti, Funder and Executive Director, about the organization, the challenges of her work, and how you can help.

Hi Elissa, I read that you had received some correspondence that inspired you in the initial stages of GMRF. What about that letter that you received in 1996 really resonated with you?

Music has always played a very big part in my life, not playing, but writing lyrics and singing. Although my grief stopped me from singing, I never stopped writing songs. So, when a friend asked me to write a song for a local benefit to raise funds to buy toys and school supplies for victimized children in what was then war-torn Bosnia, I immediately got involved. But, as I thought about their plight, I realized that these kids have been suffering from the horrors of war, while I am fearing to simply walk out the door. What a difference! I got up in the middle of the night and wrote a song titled, “Let’s Do a Miracle.” I told myself, “Pull yourself up and out of the darkness. Be Brave.” Then, I made an appointment with the Bosnian Ambassador to the U.N. Soon, I stood in his office and asked, “How can I help?”  He thanked me for my interest and quickly told me that the children in Bosnia needed much more than pencil cases and coloring books. He showed me a pleading letter along with a photo of eleven year-old Kenan Malkic. This boy had lost both arms and a leg when he stepped on a land mine while playing soccer in a local park. The letter said, “I am asking God and all merciful people to help me get two new arms and a leg.”

That letter, at that moment, changed my life. I could almost hear his voice speaking to me and asking me to help. “I am going to help him. How could I not?” I said to the Ambassador. I began to ask doctors, a hospital, a prosthetics company and an airline to donate their services to bring young Kenan to the U.S. for help. I was able to coordinate all of those volunteer resources and, a month and a half later, Kenan and his mom stepped off a plane at JFK Airport. I invited them to live with me. They stayed with me, in my one-bedroom apartment, for four months. During this time, as I was helping Kenan get his new arms and a leg, he was breathing life back into me. By helping him, I was helping myself. It was as if the sun was shining again.

After covering the story of Kenan and how I helped him, our local cable news channel, New York 1, made me their “New Yorker of the Week.” This broadcast was seen by doctors at The Shriners Hospitals for Children in Philadelphia, which helps children with serious orthopedic or burn issues. They called to tell me that they help children from all over the United States at no cost and said that they would be happy to treat more kids like Kenan. I was thrilled by the call, because there were so many children in Bosnia who had been shot or injured by munitions or who had tripped on the many land mines hidden all over the country.

I arranged to take a week off from work, borrowed money from my sister and father, and booked a flight to Bosnia. I visited hospitals and orphanages in that sadly, war-ravaged country. I compiled a list of kids and became more determined than ever to help them. Did I found a charity? It felt, at that moment, that the charity had found me.

As soon as I retuned home, I called a CPA and asked, “How do you start a charity?” That was the inception of the Global Medical Relief Fund. That’s when it began.

What is its mission?

The Global Medical Relief Fund is committed to bringing hope, healing and life-changing help to otherwise resourceless children — many of whom are amputees or have been blinded or disfigured, or who have been severely injured, burned or maimed, due to the atrocities of wars, natural disasters, physical impairments, accidents or illness.

Our mission is to assist these children to mend and heal in both body and spirit so that they can return to their families and homed, and grow up to become productive, self-sufficient members of their own communities. 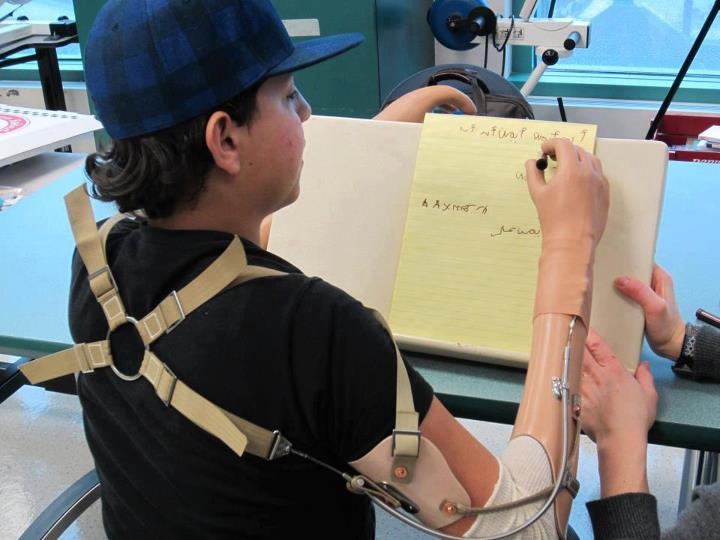 Can you talk a bit about a few of the individuals that have had their lives changed by the services GMRF provide?

Thus far, we have helped 208 kids from the United States and 40 other countries. As of today, we have had more than 1,000 follow-up visits, because we’re committed to provide re-fitted prosthetics and/or surgeries for these growing children until they reach age 21. We have truly helped to change the lives of all of these kids. Some arrive in wheel chairs, if they’re lucky enough to have one. Some must be carried off the airplane. Some have lost limbs, some are severely burned, and some are terribly disfigured. But, they eventually return home standing on their own, able to go to school and get on with their lives.

Some of the individuals include Jannet, from Gambia, who arrived with a tumor the size of a grapefruit on her face.  Or, a young Afghan girl shot through the eye by a Taliban fighter. We’ve helped amputee kids with albinism from Tanzania, who were hunted down and had limbs chopped off for use as “charms” by local witch doctors.  We had many requests in 2004 from concerned members of the military who wanted to help kids who had been severely injured by munitions in Iraq of Afghanistan.  Victims of military attacks, earthquakes, farm accidents, tsunamis, car crashes, electrocutions, cancers and deformities — the list goes on and on, as we tally the more than 200 children we’ve helped and who we now call the “GMRF Children.”

What exactly is the “Dare To Dream House”?

My first answer is that it’s something that I dared to dream of, because for years we had no place of our own to house the children before, during and after their medical treatments, and during follow-ups treatments. The “dream” aspect of the house is that it was built for us by an “angel” named Tyler Perry. Now, instead of using donated housing from religious or community groups in various locations, we have a place that can be a home-away-from-home for the GMRF kids. We can now house up to seven kids and their (required) parent or guardian at a time. 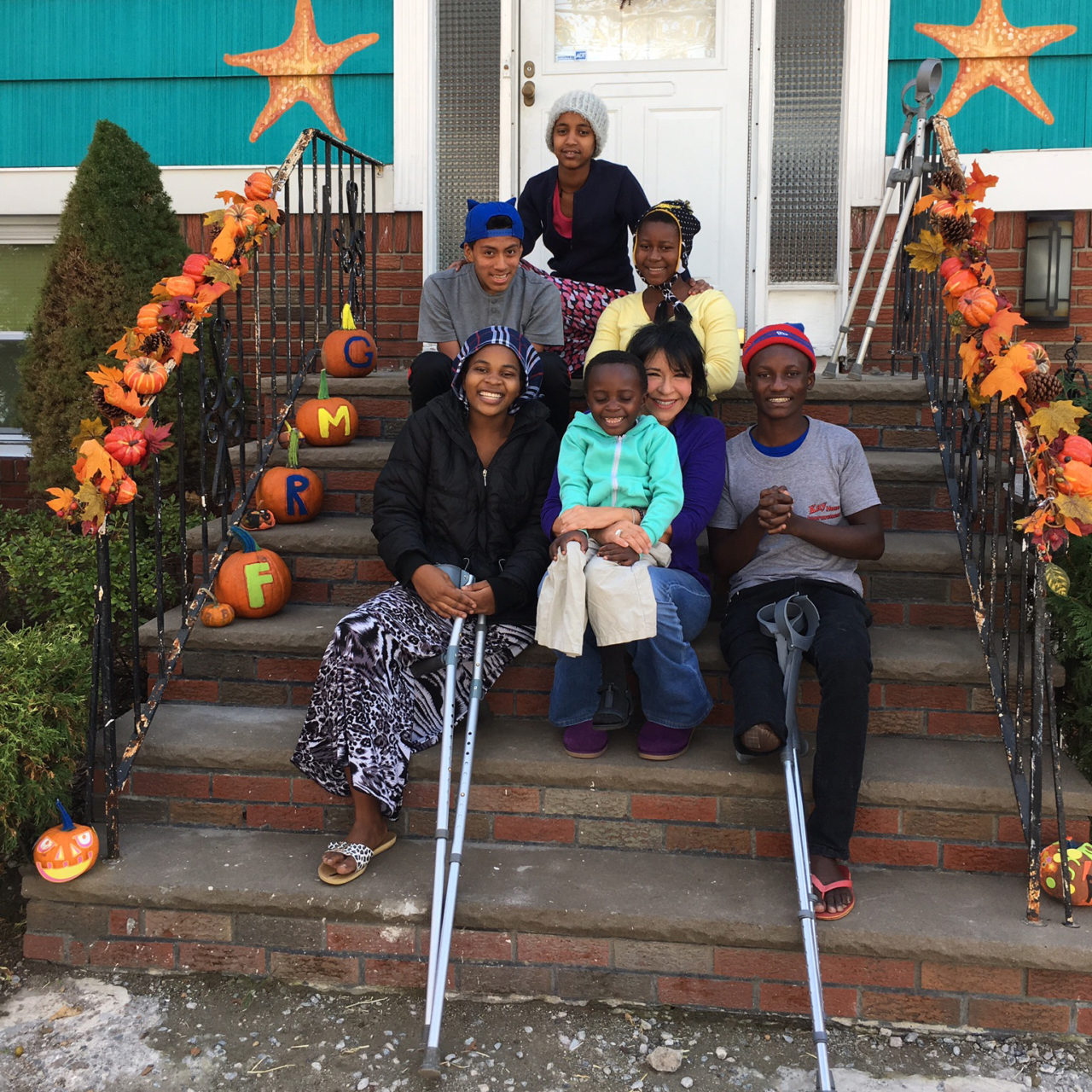 It can be a great to experience the diverse mix of children, when we sometimes have children from three or four or five different countries or ethnicities at the same time. And, while they don’t speak the same languages or have all of the same cultural customs, they communicate through innocent love. They play and sing together. They bond. They help to heal each other. And, they know that they are not alone with their injuries or illnesses. They live together and bond as a kind of international family in the Dare To Dream House. And, that’s real! No longer a dream.

How did Tyler Perry originally come into the picture, and how would you characterize that collaboration?

In 2011, we were featured in a report on “60 Minutes” on CBS-TV. I will never forget the moment when I received a call from his publicist saying that Tyler had seen the program and wanted to know what we needed. I gasped.  I really, truly gasped. I looked up to heaven and said, “Oh, God. A house!”  That’s how the Dare To Dream House became a reality. Tyler’s support and involvement were like an answer to a prayer. I consider him our gift from heaven, our angel.

Since then, Tyler has invited the kids and our small staff to his shows in New York. He has met us and has met some of the GMRF kids. They adore him! And, they love his character, Madea. Tyler has even sent Thanksgiving dinners to the house. Additionally, we have been granted by his foundation vital operational funding for the next three years to finance our on-going travel expenses to bring kids here for treatment.

What do you think is the biggest misconception about your work (and by extension, the work of GMRF)?

People in America sometimes need to stop and think that we are so fortunate and that many others are not. We all share this planet and we are all connected, and should help others as much as we reasonably can. And, when we bring resourceless kids here from other countries, they don’t take anything away from American kids, since our partners at the Shriners Hospitals for Children treat any and all children who ask for help. We are a small, private charity with no government or taxpayer funding, but we do as much as we can for children from the USA and all over the world.

About getting involved, I sometimes say “share our care,” meaning, I urge you to share our concern for these helpless, often traumatized kids who have no local medical resources. If you “share our care,” then you are already predisposed to learn more and get involved.

For more about me and my personal story, and background on the founding of GMRF, anyone who is interested can read the book, “I’ll Stand by You: One Woman’s Mission to Heal the Children of the World,” by Elissa Montanti and Jennifer Haupt. 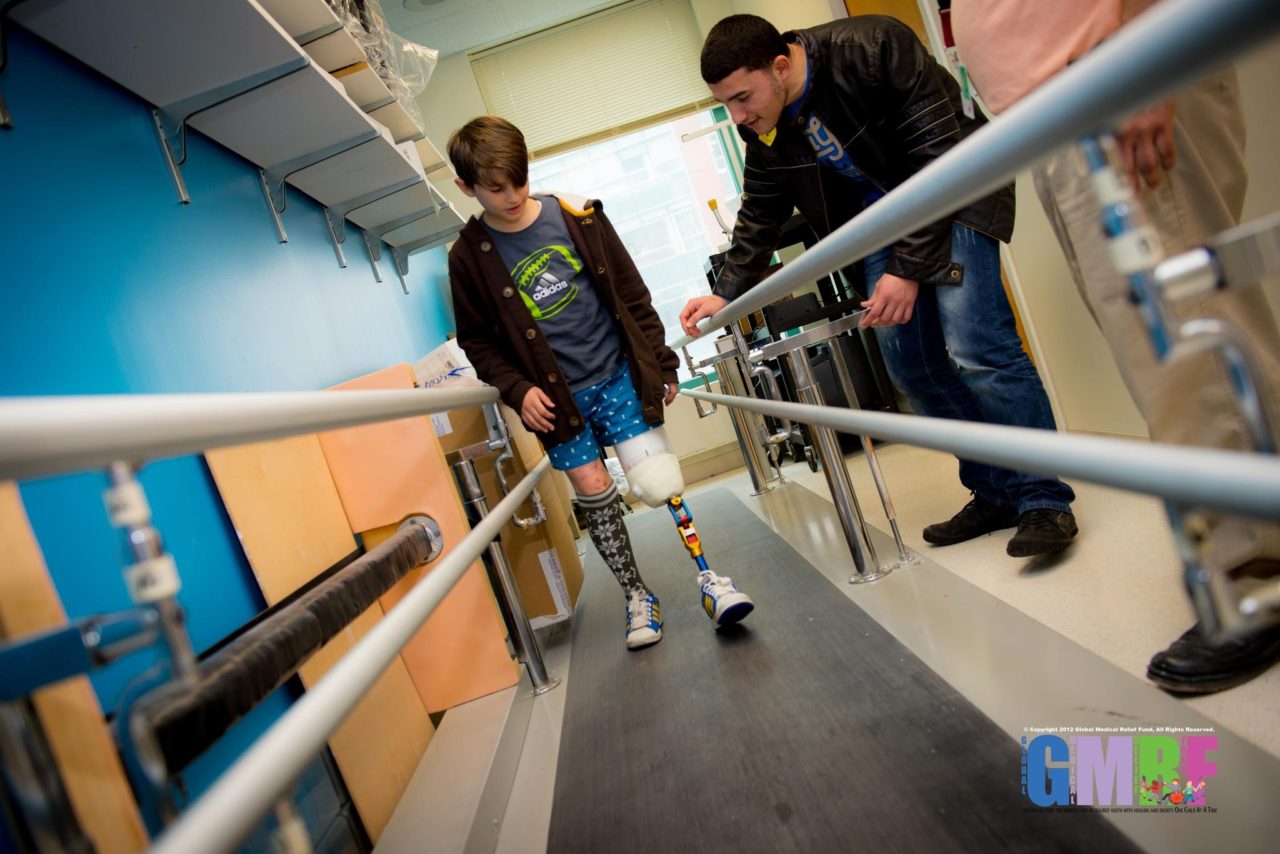