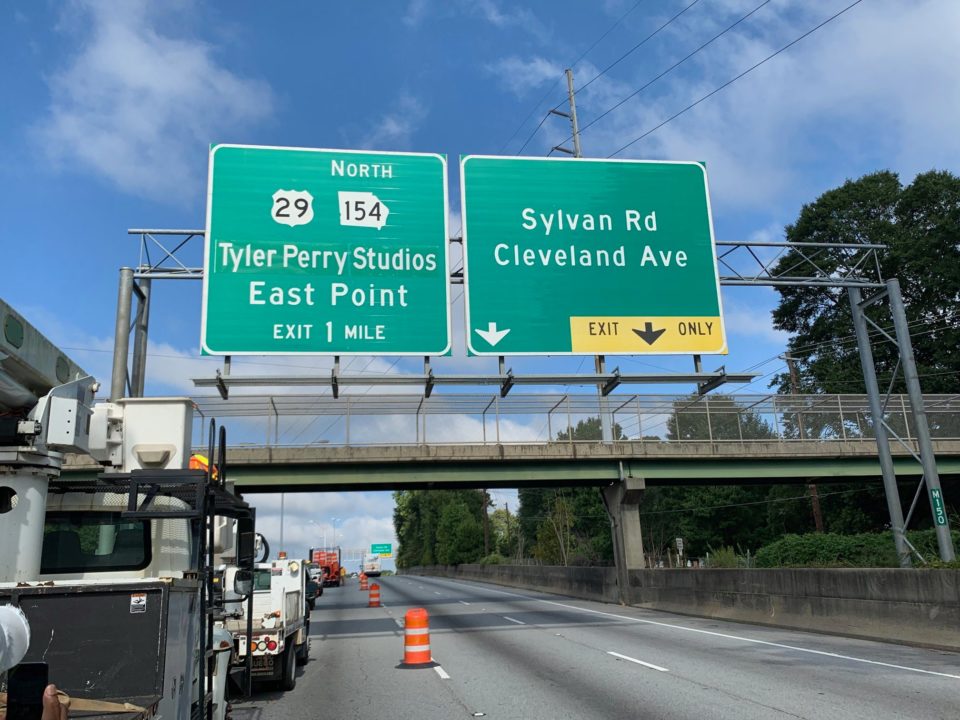 With the 330-acre Tyler Perry Studios that’s situated on what was the Fort McPherson Army base serving as the locus point of Perry productions, it’s no secret that Atlanta is the epicenter of the Tyler Perry creative world.

As one of the largest major motion picture studios, Tyler Perry Studios continues to heighten the creative potential of Atlanta, and yesterday, the city cemented Tyler Perry Studios as a pivotal part of Atlanta with an exciting addition to Georgia State Route 166: an updated highway exit sign that bears the studio name.

“Driving into work today I saw these signs on the highways being changed. My eyes filled with water knowing what God has allowed to happen in my life,” Perry shared in a Facebook post.

“Atlanta has truly been the promised land for me. I came here with nothing, lived off Sylvan Road, ended up homeless and starving, but I was always praying and believing,” he added.

Having opened in 2016, Tyler Perry Studios is yet another example of Perry’s constant drive to lead the industry through and through—and we’re thrilled to see what else is to come.