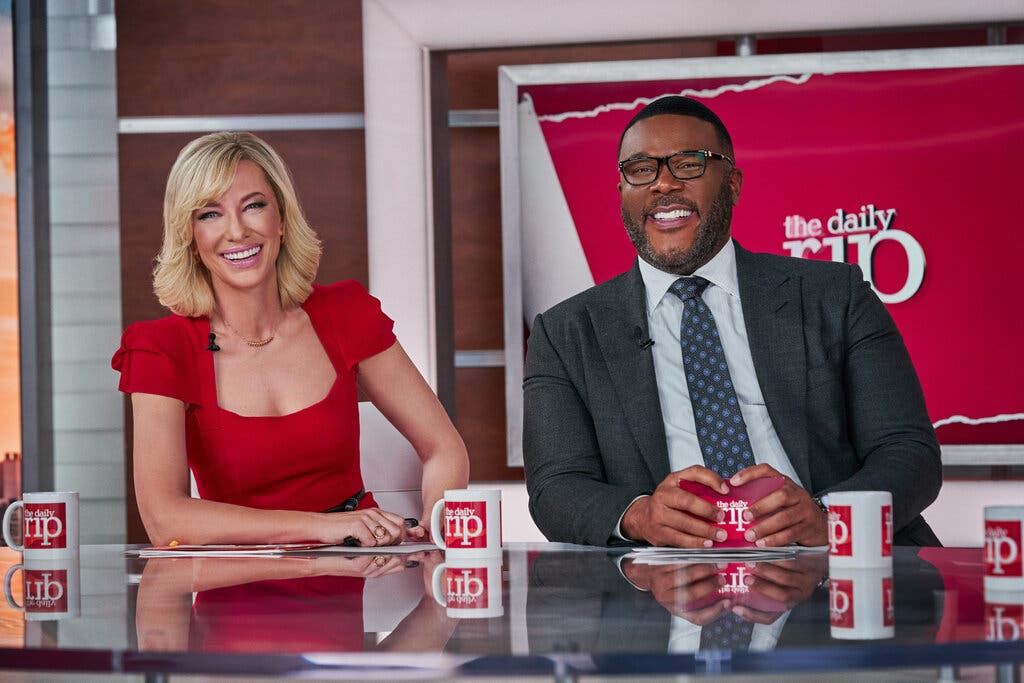 “Oh my god, that’s one of the most impressive people I’ve ever met,” said Director Adam McKay after meeting Tyler Perry for the first time, on the set of VICE. The political dark comedy was the first feature that McKay directed Perry in as he played the late Colin Powell.

Perry, who plays Jack Bremmer in the highly anticipated film Don’t Look Up, recalls consciously shifting between wearing his familiar hat as TPS director to his hat as an actor on set.

“I constantly had to pull myself back down realizing I’m working with the best of the best and not be caught up in the performance,” said Perry. “By the time they left, I thought the comet was really coming.”

Don’t Look Up, makes light of an impending catastrophic global event that, in more ways than one, mirrors what McKay recalls observing during the course of the pandemic. McKay connected the dots at a recent round table with the super-star cast. “One of the strangest things was scouting this movie in Boston, and they say, ‘You’re shut down, because of a pandemic,’ and then to go home for five months, and to see exact beats of the movie playing out. I never expected there to be people that would deny that COVID existed. You’ve got to admit it was crazy when the President said ingest bleach on national TV. I just felt that went so far beyond any comedy we had in our script. So it was bizarre.”

Don’t Look Up has already received four nods for next year’s Golden Globes including a nomination for Best Screenplay. The film is out in theaters now and premieres on Netflix December 24th.