A funny, moving romantic drama about the power of love and family, Lionsgate’s TYLER PERRY’S MEET THE BROWNS marks another winning portrayal of life by writer/director/actor Tyler Perry (DIARY OF A MAD BLACK WOMAN, MADEA’S FAMILY REUNION, WHY DID I GET MARRIED?) and features a return to the big screen by Perry’s beloved comic creation, the indomitable and outrageous Southern matriarch Madea.

A single mother living in inner city Chicago, Brenda has been struggling for years to make ends meet and keep her three kids off the street. But when she’s laid off with no warning, she starts losing hope for the first time – until a letter arrives announcing the death of a father she’s never met. Desperate for any kind of help, Brenda takes her family to Georgia for the funeral. But nothing could have prepared her for the Browns, her father’s fun-loving, crass Southern clan. In a small-town world full of long afternoons and country fairs, Brenda struggles to get to know the family she never knew existed…and finds a brand new romance that just might change her life. 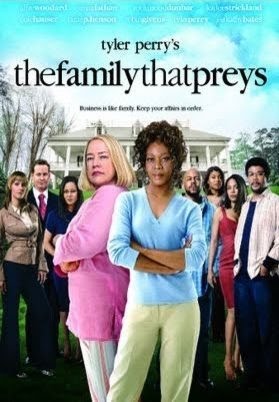