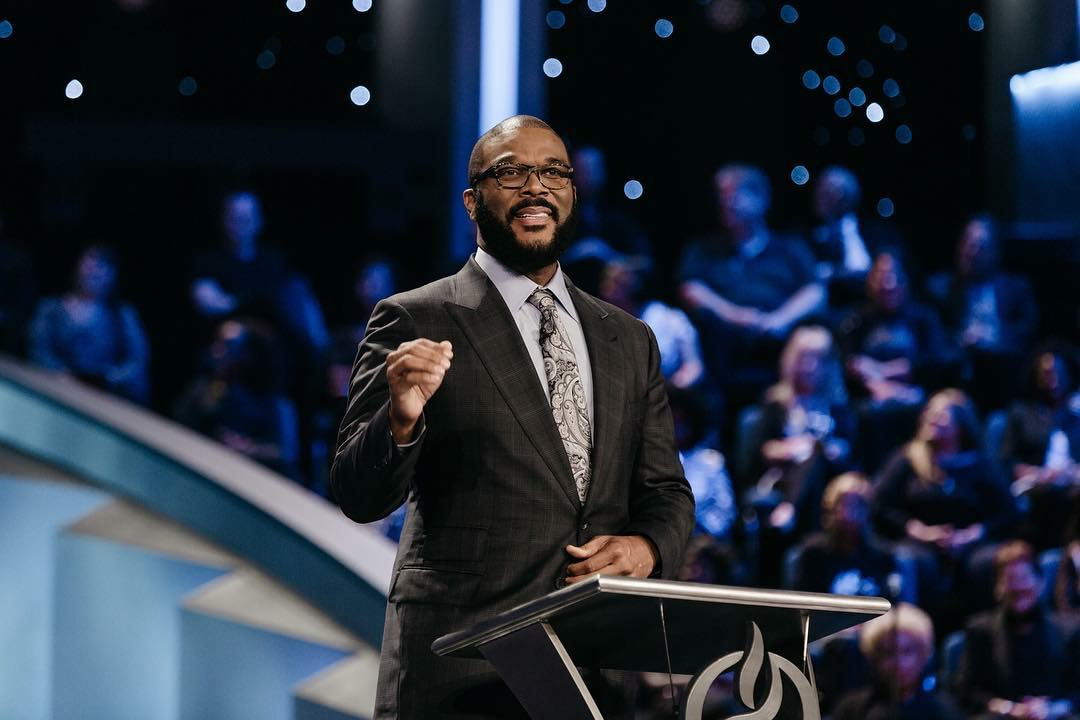 Throughout the years of Tyler Perry’s prolific career across creative mediums there has been one central component of his life that has remained constant: his faith. So when Perry stopped by the celebrated Lakewood Church in Houston, Texas this past Sunday, he had more than a few words to share with the congregation.

The multi-hyphenate icon took to the pulpit with Pastor Joel Osteen to share his inspiring story of success—and how God helped him get to where he is today. Perry told the congregation about his journey to seminary to become a minister; a path and reality that just was not meant to be. He was also keen to offer up words of wisdom to his audience, especially when surrounding his incredible journey from homelessness to entertainment industry giant. His lesson? Never give up.

“I was running from poverty and failure wasn’t an option. I knew there was something higher for me and I had to go with everything I had,” Perry said. “I had to risk everything, I had to put everything on the line.”

His faith touches all that he does. From films and television projects to literary achievements and speaking engagements—even the new Tyler Perry Studios has an element of faith.

No matter the subject or component of religion, all of Perry’s projects speak to an essential belief that unites us all: the power of hope and strength achievable if you just believe.